Home is the sailor, home from the sea 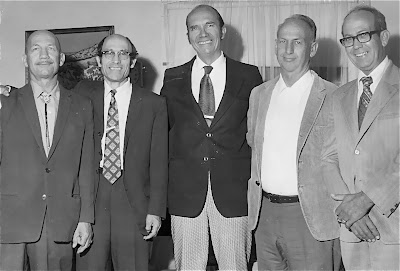 Stories and photos to come soon of this world traveler and my favorite, most influential uncle. I talked to him this afternoon. He died as he was going to bed tonight, after watching the World Series.

Seven years ago, he was our best man at our wedding in Santa Fe. He will be buried in the National Cemetery at Santa Fe, N.M., across the road from his longtime apartment that he moved out of 50 weeks ago. Now he'll hear taps again every night, and the bells of St. Francis cathedral.


"Home is the sailor, home from the sea"
I miss you already, Uncle Mike