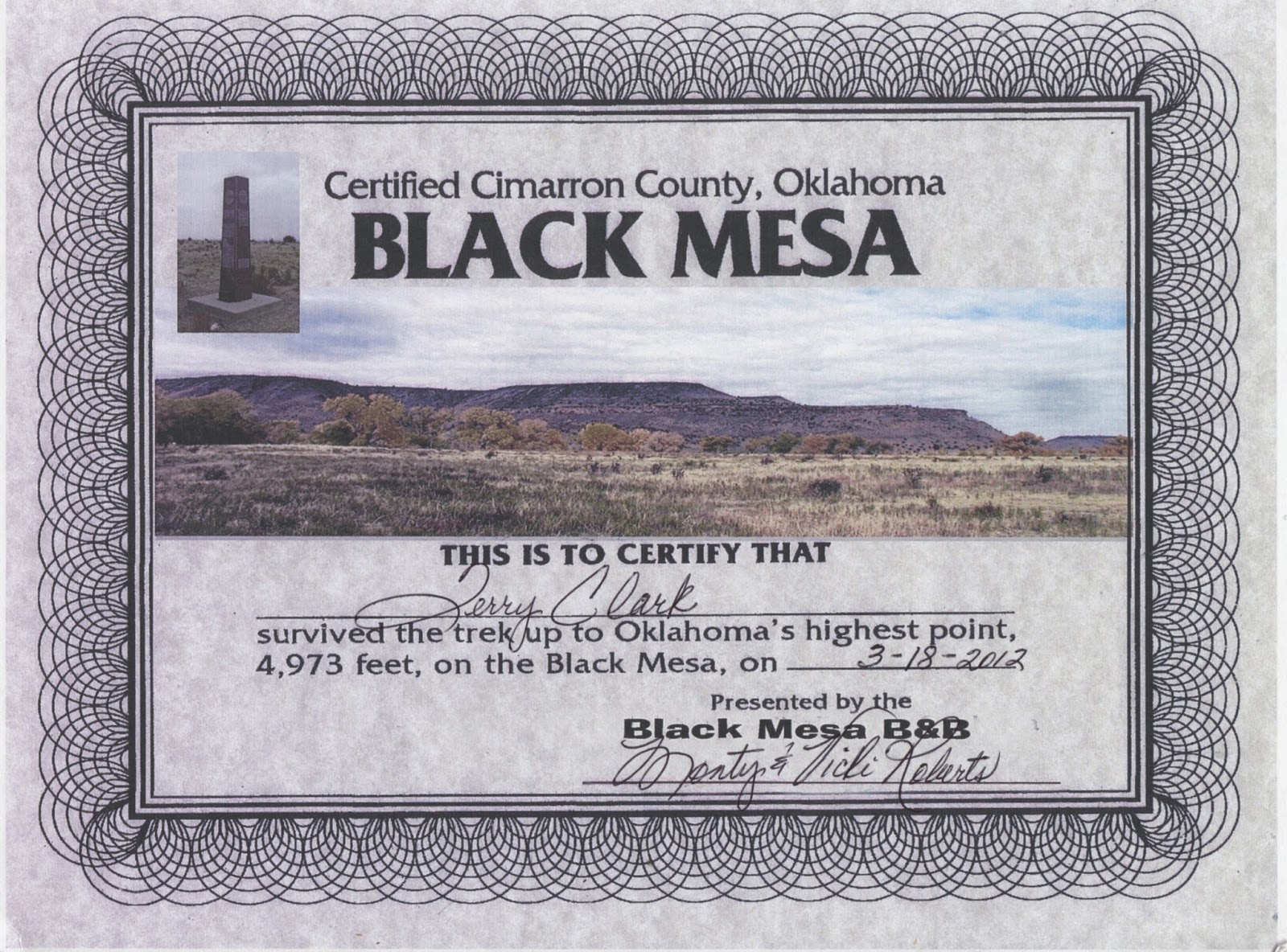 You gotta want to go there.  It's not a "day-trip." More like two, or three. It's as far from Oklahoma City as you can get and be in Oklahoma. It won't be quick. It won't be easy. The drive can be mind-numbing before rewarding in the last few miles on SH 525 west of Boise City. The hike will take most of the day. 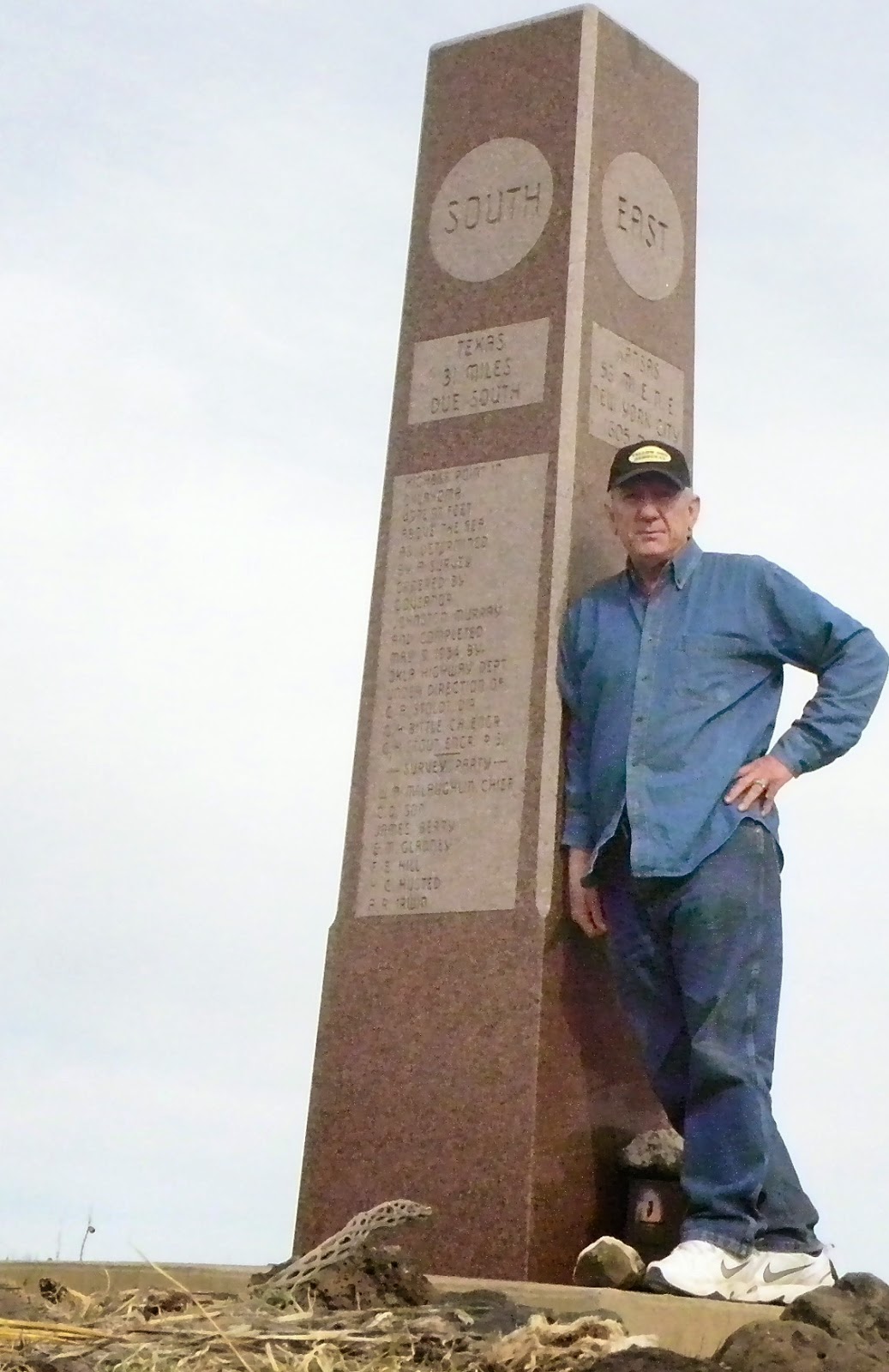 Black Mesa, Oklahoma's highest point at the tip of the panhandle, has got to be one of my top two favorite places in the state, along with Monument Hill.
It tells you a lot about me that I like remote places...so remote even cell phones don't work, thank God. So remote you can see a long way, have time to think, listen, smell, imagine, talk to your yourself and hear God answer.
Two years have passed since I made the 361-mile drive and the eight-mile hike, and a year since we went back for a night at Black Mesa Bed and Breakfast, where they hold hands and say grace before breakfast.
It's not just Black Mesa of course, but the whole area, actually in the Mountain time zone.
You can walk across the dry Cimarron, cruise though the almost ghost town of Kenton, cross a bridge into New Mexico and find 17 miles of unpaved state highway leading west, or turn north on dirt roads to dinosaur tracks and the three state marker where Oklahoma, Colorado and New Mexico meet. There's more, still to be discovered including Indian petroglyphs and ruts of the Santa Fe trail Cimarron cutoff. That's another trip.
The hike is eight miles, and when you get to the top, sign the register in the ammo box, lean against the granite monument erected by the Tulsa Tribune, marking distances to the other states, and telling stories. You can see forever.
But mostly you can breathe, really see the stars, and be free.
Here are the links to articles and photos I wrote two years ago on this blog:
(My other favorite places, with no ranking of preference, coming soon, in shorter articles,  scattered around the state. included will be three others in the northwest area--the so called Washita "battlefield," the Cimarron river cliffs at Freedom, Fort Reno and its cemetery at El Reno.)