Where are your favorite Oklahoma places? I bet they have something to do with special memories, and experiences. I started to list my top 10, but it didn't turn out that orderly.
Looking at the state geographically, most of mine are in southwest Oklahoma, where we newspapered for 12 years, the short grass country I know best. But I've been blessed with traveling a lot around the state, so I've come up with 14-15 in all four sections. No, I don't have photos of mine of all of them, though I'll try to get some others.

You'll notice that most of mine are on back roads, and that's no accident. Didn't bother with urban sites...everybody does those in the "Best of" inanity. These aren't "bests" and not even in order top  to bottom--except maybe for the first one-- but there all places I would want to visit again.
If asked about favorite Oklahoma places, for some reason, a remote hilltop always pops into my mind first. It's down in Jefferson County, on a rural road off US 81, three miles east of Addington, seven miles north of Waurika where I "newspapered" (I'm Clarking that as a legitimate verb) for a dozen years in the 1970s and 1980s. At 1.083 feet, it's the highest point in Jeffco, and you can see for 20 miles, but that's not why it's special.
Located on the old Chisholm cattle trail, it was the landmark the cowboys headed for after they crossed the Red River into Indian territory 1867-1884, heading Texas longhorns to the railroads in Kansas, on a trail blazed by Jesse Chisholm. 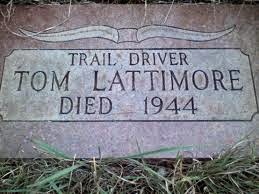 They called it "Monument rocks" and probably spent the second night in the Territory there, since a herd could make somewhere between five to 15 miles a day.
Today, as then, it is surrounded by good grass, and today two large ranches surround it--it's wide open remote country, and lots of sections are inside one fence. 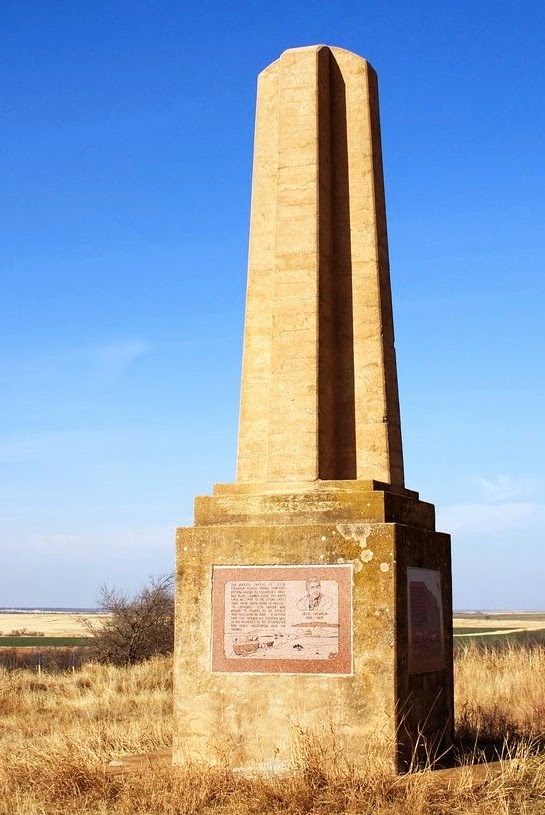 In 1944, a black Chisholm Trail cowboy--a breed known to all as a "trail driver"--who was in his 80s and worked for the Price ranch, was buried on top, because he knew "the cowboys would be riding through there." And at sometime, a large concrete marker was erected. When I was in Waurika, there were no markers on the monument, thought I found the cowboy's gravestone. Since then, granite markers tell the story of the Chisholm Trail and the thousands of head of beef that trailed past. I use the black and white photo at top, because it reflects the Tri-X film I used back then, and because it adds to the sense of place I always associate with it.
What I find special about the place is that you can drive up the pavement and gravel to get there, pull in, and be utterly alone--except you're not.
On a spring day, as you look south, you can see gullies which are the eroded ruts of where the trail drive wagons pulled up the hill. And in the distance, there are usually cattle grazing away in the grassland below. There's usually a south breeze, and a hawk soaring on updrafts, and it's easy to feel the spirit of the place, and the past. That's why I always think of it as a favorite place.
( I won't be this detailed with my other favorite places, coming soon, thought the second one is also about a remote high place.)

--Lots of the facts, the photos and stories in this post came from several sources--