Stories of a Memorial Day flag on his grave 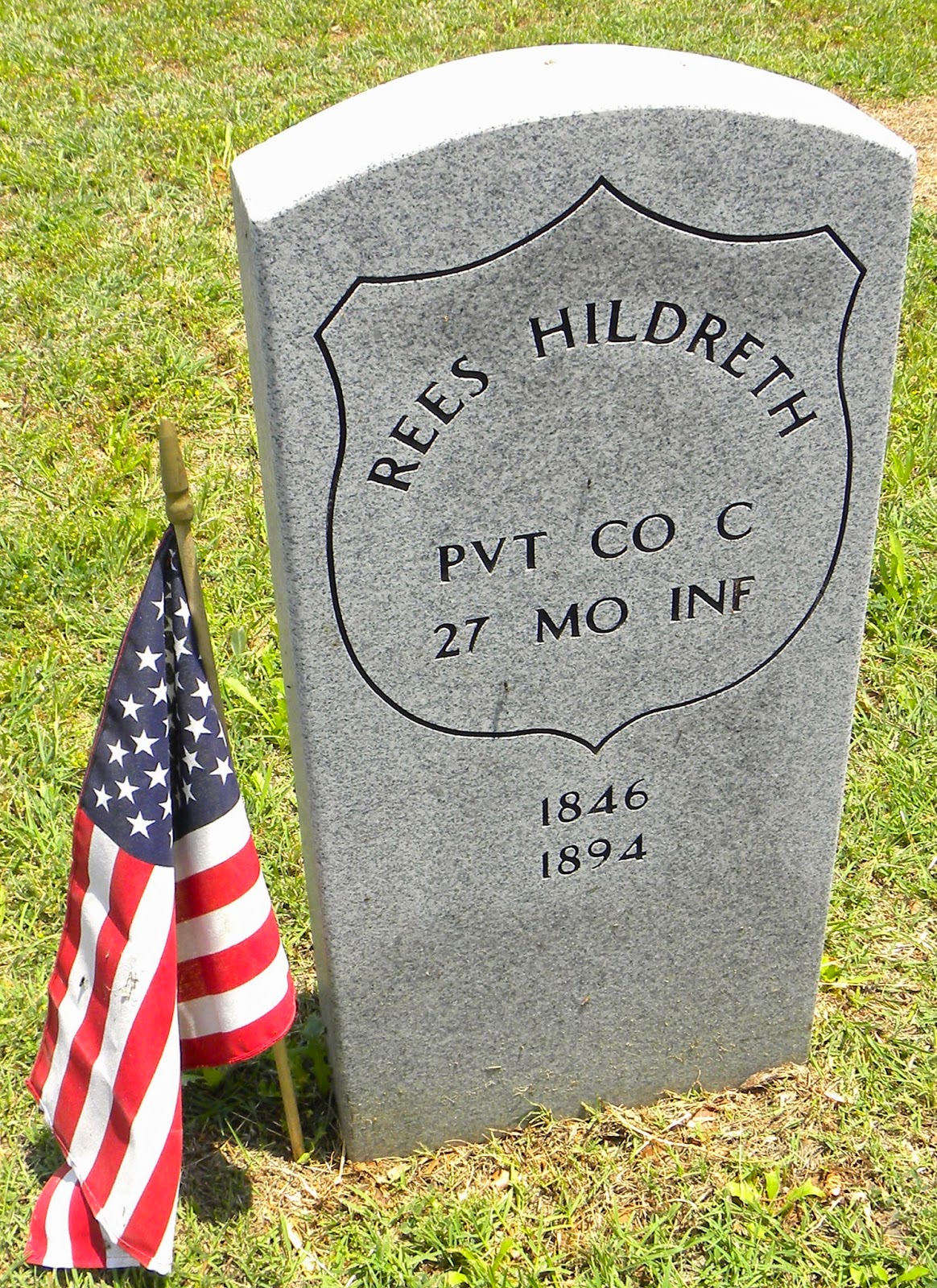 He was 16 years old when he enlisted in the 27th Missouri Infantry at St. Louis in 1862. Today, there's an American flag on his tombstone in Edmond, Indian Territory, where he died in 1894 at age 48.
His unit was part of the Army of the Tennessee, and took part in the siege of Vicksburg, the battle of Atlanta, and much more in the Civil War. I think, based on a conversation today, he may have been an amputee and that helped lead to a short life.
I've found out Rees Hildreth was born in Iowa, and after the war, married in Missouri, and he and his wife Rachel had 11 children. I'm assuming he took part in the 1889 Land Run for free land. I know he received a military  pension. Some of that  comes from quick searches on the Internet.
He's buried in the private Oakwood Cemetery about five miles straight east of our house on 15th street just before it ends in what is now Lake Arcadia. I went out there today searching for photos for Memorial Day, and found them, and more. I saw  Tim Martin, near the edge of the cemetery, working on a fresh grave near the corner of the cemetery. It was his recently departed father's, and there was an American flag in place. His father was in the Air Force in Korea.

And I learned some of the story of the little two-acre cemetery, set aside by  Samuel Myers in 1892, part of his 80-acre allotment from the 1889 Land Run. He was also a Civil War vet, from Illinois. 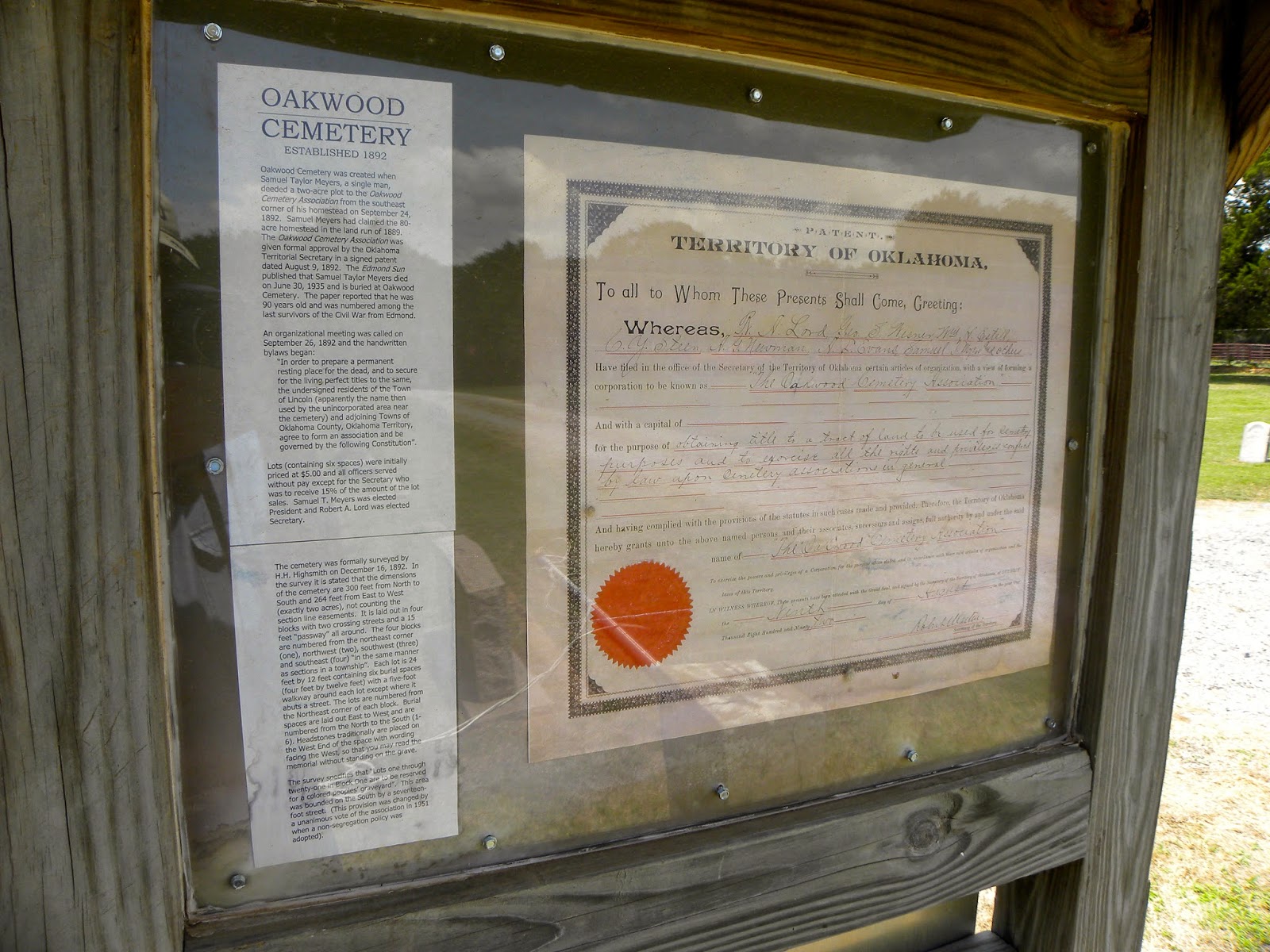 The story of the cemetery is posted on what we'd call a kiosk today, along with the original charter from Oklahoma Territory. There are four main blocks of grave plots, allowing for six graves per plot.
The cemetery association met this morning under a tree, conducting business. The only people who can be buried in the cemetery are descendants of the original participants. Martin told me about one of the early graves belonging to a Civil War amputee. A huge number of graves are infant graves, and I've written about that before, last year. It was a Hard Life in Oklahoma Territory.
Today I was interested in the veterans' graves, and there are more than 20 of them, judging from the flags out today, three of them including Hildreth's for Civil War vets, and moving up through recent times.
I found Myers' grave, a concrete one from his death at age 90 in 1935, when the Edmond newspaper listed him as one of the last Civil war vets in the area. The cemetery has other stories to tell. When originally chartered, it had a section reserved for "colored" people, remarkable then. More remarkable is that in 1951 it was desegregated, far ahead of its time.
So many stories, and flags.