Success from failure in PR for #clarkclass 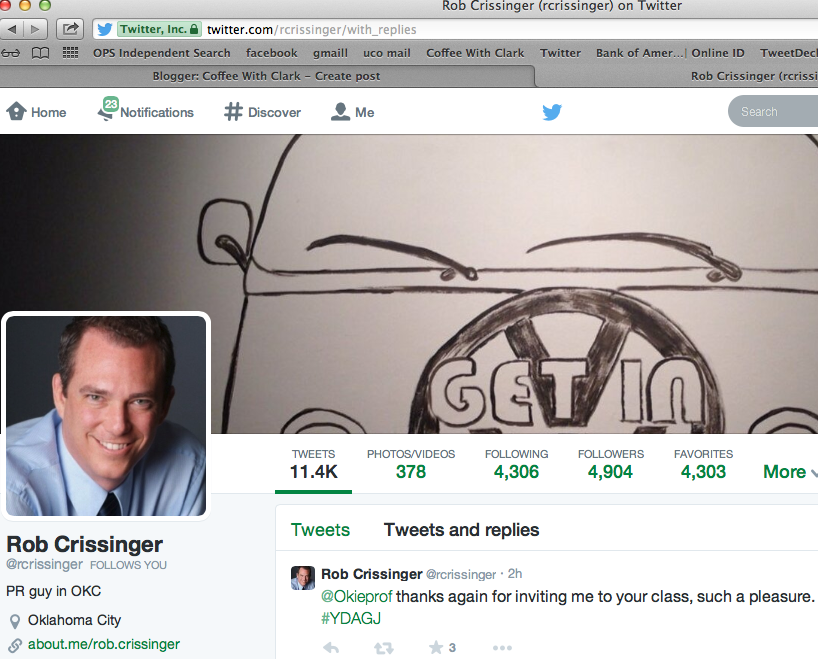 Rob Crissinger, @rcrissinger, UCO grad and  PR pro for Bumbershoot PR, says he has a dream job, working in his dream job promoting the energetic arts and entertainment scene in OKC. He spoke to my Twitter for Journalists #clarkclass @Okieprof today, and thrilled and inspired the students with his personal experiences and journey to that job.
It's not your father's public relations or journalism job any more, which he said has changed as radically as OKC has since he graduated here in 2003. His stories included music, soccer, corporate PR, and more. He admits to having wanted to leave OKC, came back and says he loves it.
Here's a summary of student comments and his advice as we debriefed after he was gone, recorded by @JenniferHasel.

Comparison with other speakers