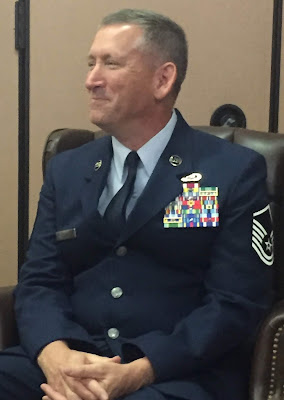 And, also to M/Sgt. Vance Clark, USAF Ret. (Photo from his retirement ceremony)
No comments: