When you grow up in an arid country, a land of dry air, the light and land can overpower your senses.
Your world is full of vast skies and sharp-edged landscapes, undiluted by humidity. Scarce moisture arrives only in spurts, from clouds as dramatic as the land  underneath, quickly changing its rugged contours. Then the intense sun and wind return to the work of ages, sculpting the desert.
Many consider the desert as "god-forsaken," but when you live there, it becomes part of you, just like the weathered wrinkles on your face and hands.
In studying watercolor, I find many books and teachers come from humidity-rich locales, and they are souls of those worlds as I am of the Southwest and Great Plains. As a lover of skies, I still learn from them in painting atmosphere, but I'm more at home, in life and with a palette, with my desert dreams.
1 comment: 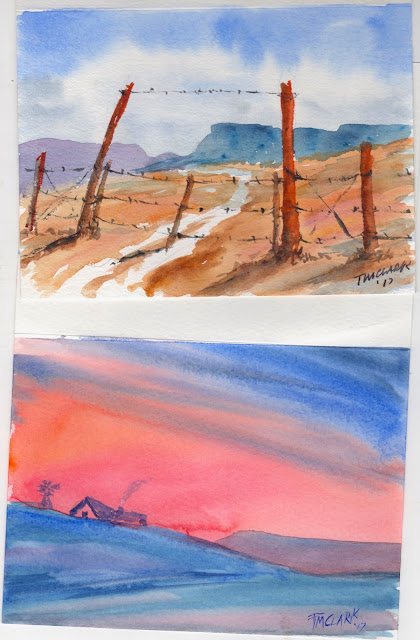 When I started doing individual watercolor Christmas cards a few years ago, I had not idea what they would teach me about painting.
But I'm a slow learner and have trouble translating the brilliant colors and loose  freedom of these cards to larger works. I'm an impatient,  first-born Capricorn, Type AAA detail-oriented journalist after all.
Watercolor tests and humbles me, but that's another reason I love the 5" by 7" cards that I buy in bulk. And they're fun.
And today was a day to paint these greeting cards for special people. 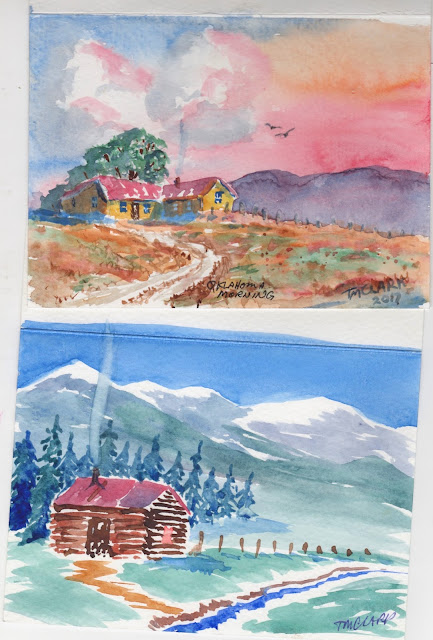 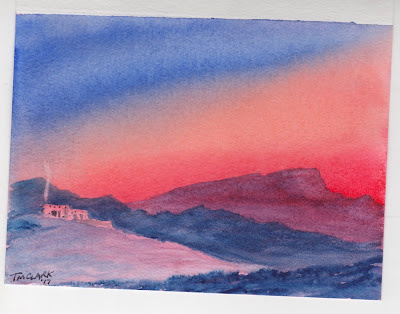 First snow on the Truchas


The 13,000 foot-high peaks of Truchas disappear when dark snow clouds move in from the north over a deep cobalt blue sky. Winter's first snow obscures the knife-sharp contours of New Mexico's most rugged mountains, softening the  surrounding timbered ridges and foothills.

On the road up to Santa Fe

New Mexico beckons this time of year, and the first stop will be La Villa Real de la Santa Fe de San Francisco de Asis.
We go not a tourists but in pilgrimage for food, art, memories, friends, and of course the landscape and skies.
From there, farther north into the Sangre de Cristos mountains and backroads and towns of northern New Mexico. Aspen, cottonwoods, juniper, pinon, red and green chile, the people and the land and the vistas.
You always go up to Santa Fe from the Great Plains, usually late in the day. Leaving the flatlands,  the mountains begin rising in blue shadows and the skies mirror the land, always changing, always dramatic. This watercolor is inspired by a photo I took years ago, on the road to Santa Fe.

We will walk the sidelines again, my friend, just not yet

A version of my comments at Steve Booher's funeral celebration yesterday.

We want to celebrate the wonderfully rich life of Steve Booher, one of Oklahoma’s giants, a giant of family, journalism and community service. The two words that come to mind about Steve are “devoted servant.” I don’t mean a namby-pamby devotion, but a strong dedication that you can see in his life. 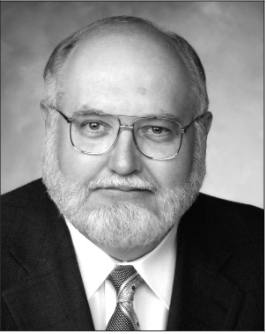 Driving through the Oklahoma countryside early this morning to attend and speak at the funeral of my long time friend and fellow weekly newspaperman Steve Booher, we witnessed early autumn. Clouds started building on the horizons and rain is promised tonight.
I love fall and the country and the vistas, death hangs over it all. Coming home, I knew there were clouds and grief, but the bright colors of life, his and his family. This one is for you Steve.