What you see are photos of my West Texas mural for Burrowing Owl Bookstore's "Back 40" children's reading area in the second store, in Amarillo, which opened this past week. 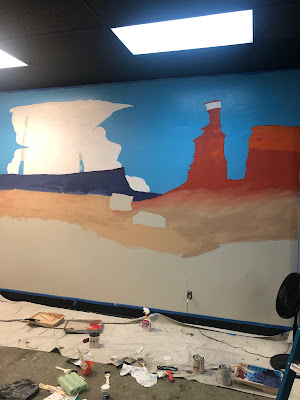 I learned a lot doing this two-day painting, especially on mixing colors and processes. Someday when I get back, I'd like to improve a few items. First, the bison are too small, and needed to be bigger. And perhaps the vultures too. There might be a burrowing owl added, but that's up to my Daughter Dallas' approval. I also think the yuccas, and shadows could be bettered.  The Texas flag needs to have a little blue and red added at the bottom. Picky, picky.
As you get through these photos, you'll notice some details that changed as I went along.
Since my grid was originally for an 8-foot tall wall, not 10, we just painted the bottom two more green because there would be chairs or tables or something in front.
You can barely see the grid at first, so I went over it with brown paint which shows near the bottom of the wall later.
Even though this was opaque paint, I couldn't have done it without my experience in the process of watercolor painting, and that influence shows.
At the end of both days, about 9 to 6, I was pooped. And sore, from stooping to mix and climbing up and down that ladder. 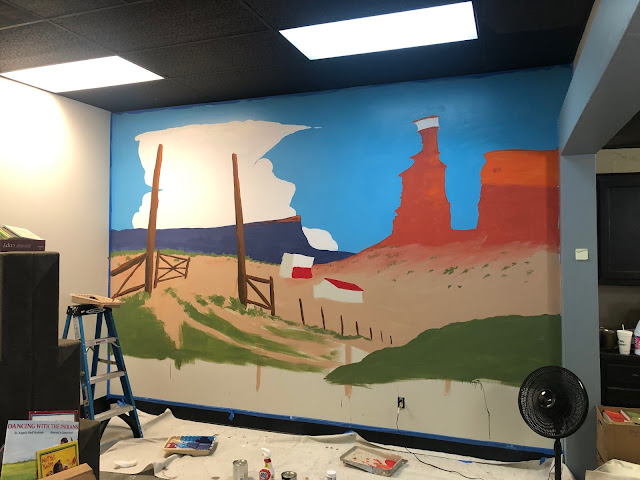 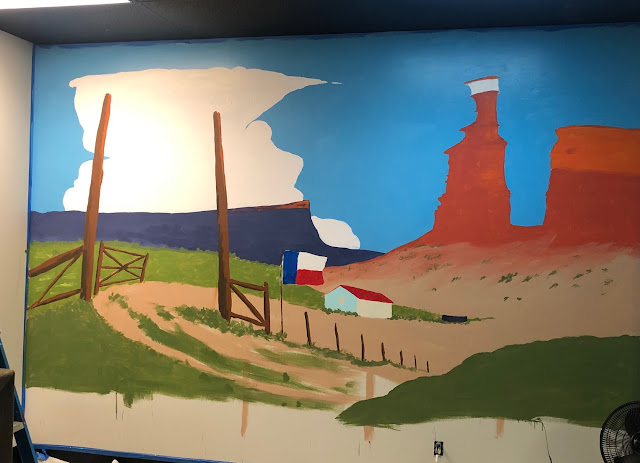 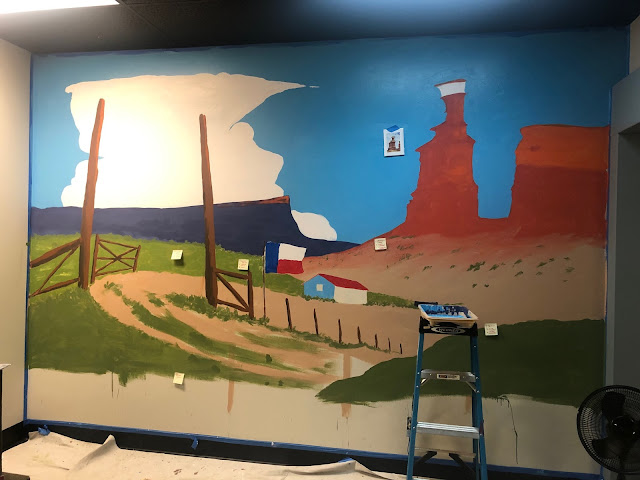 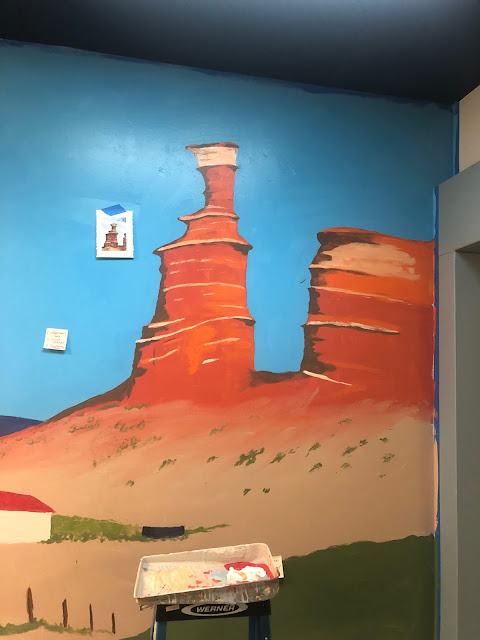 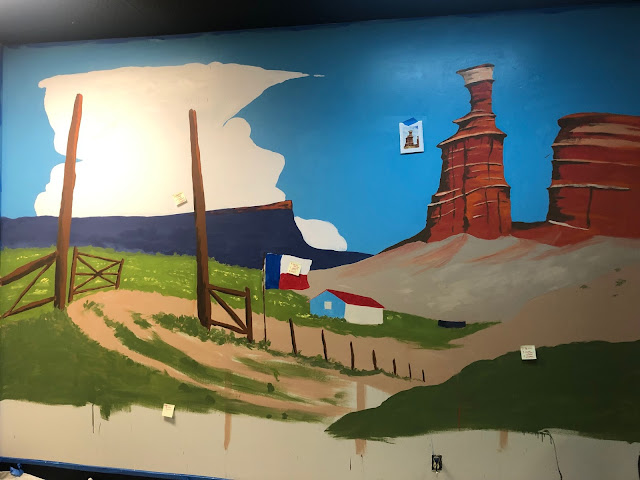 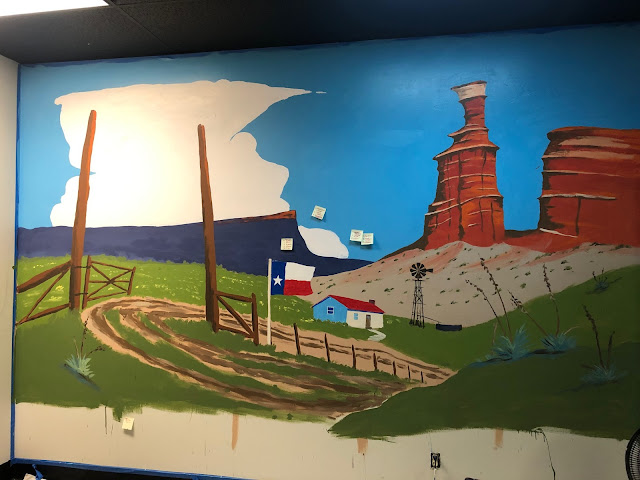