He's been in my life a long time.

Today. 89 years ago in Comanche, Oklahoma, Michael Henry Clark was born, the fourth of eventual five Clark boys to Erle Thweatt and Cuba Jon Miller Clark. Michael, after whom I have my middle name, is the only survivor of those five boys.

Mike ran away from home in the 30s, hitching a free ride to the east coast, and eventually enlisted in the Navy. In WWII he was a signalman on board PC1212 a sub hunter in the Caribbean. 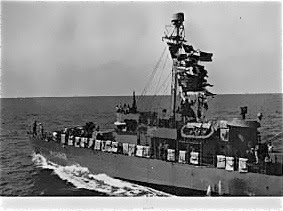 After the war he went on to earn his bachelors and masters degrees at the University of Colorado, and was called back up to serve in the Koren War, on  LST 975, that landed in the first invasion wave at Inchon. He was on the bridge, under fire, using semaphore flags when it hit the beach. A mortar shell went through the deck a few feet from him, and didn't explode. 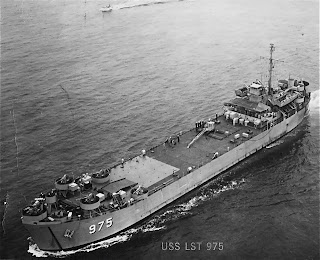 He went on to teach English and other subjects in Espanola and other places when I was growing up in Albuquerque. In fact, he was the one who helped move us from Fort Worth to New Mexico, and we often went places with him in New Mexico when I was a kid.
Then he taught English in Ecuador, Iran, Libya, and Mali as a Fulbright before returning to New Mexico and teaching subjects at the Indian Arts Institute in Santa Fe, where he retired.
Last November, after living in the same apartment for 32 years overlooking the federal cemetery and the Sangre de Cristos, we had to move him to a Veterans home in Colorado, where he is today, in dry dock as it were, but doing well for an old sailor.
I've learned much about my Dad I didn't know over the past few years, and understand that Mike and Dad must have had a special bond as brothers. especially to give me his name.
Happy birthday, sailor. Carpe Diem. Thanks.