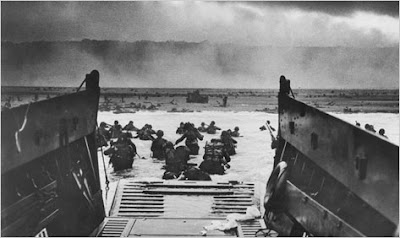 I think it is probably impossible to write anything original any more about D-Day, but I hope we never forget the blood and bravery of June 6, 1944. I've written about it many times, here on the blog and elsewhere, reminded that I was five months old, snug in my safe crib in Dallas, Texas, when so many died so I would grow up as a free American. 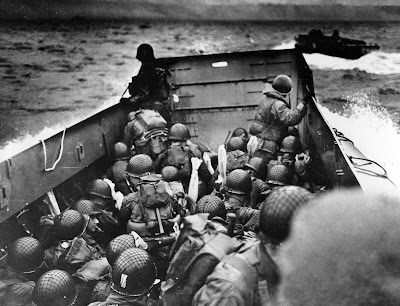 White crosses and flags at half staff march across the American cemetery at Normandy now, and bring tears, but it is good to be reminded of the real carnage, the real human cost.
Almost 5,000 men died that day, 2,499 of them Americans, many on horrible Omaha Beach. Our allies lost 1,914. While it doesn't match the carnage of our Civil War, nor the horrible losses of  WWI, or of Russia losing nine million people in the entire war, these men are the symbol of war's terrible cost.
Here's an excerpt from War Correspondent Ernie Pyle's visit to the beach that puts that tragedy better than any writing has:
"The strong, swirling tides of the Normandy coastline shift the contours of the sandy beach as they move in and out. They carry soldiers’ bodies out to sea, and later they return them. They cover the corpses of heroes with sand, and then in their whims they uncover them.
"As I plowed out over the wet sand of the beach on that first day ashore, I walked around what seemed to be a couple of pieces of driftwood sticking out of the sand. But they weren’t driftwood.
"They were a soldier’s two feet. He was completely covered by the shifting sands except for his feet. The toes of his GI shoes pointed toward the land he had come so far to see, and which he saw so briefly." 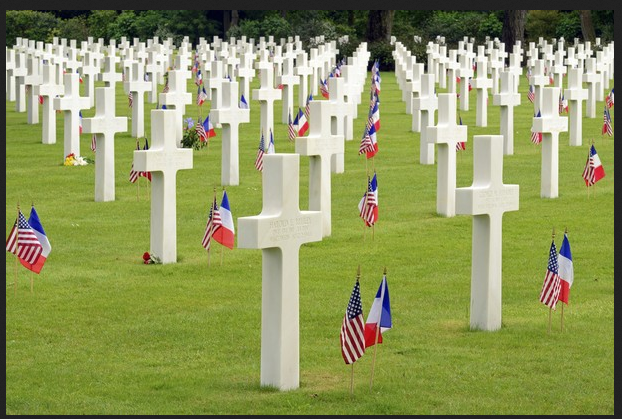