To the top of Oklahoma, and back

A hike to the highest point in Oklahoma, on top of Black Mesa at the tip of the panhandle in Cimarron County, is an adventure in endurance. It's more than an eight-mile round trip, and you better bring water and layered clothing, and a hat in warm or even spring weather, which is what I did...I wouldn't want to take it in August. Chilly when I started, I worked up a sweat climbing, and then needed my windbreaker again. Most of the trip is on level ground, but it's still at 4,000 feet or more, which is less oxygen than we flatlanders are used to, "downstate," as the Panhandle people refer to us.
The first two miles are marked by benches and skirt the base of the sandstone mesa capped by a 10-million-year-old lava flow--hence the name Black Mesa. By the way, mesa is a Spanish word for "Table," inherited by us after 400 plus years from the Coronado and the Conquistatores, for table-like mountain.
The immensity of the sky, and the quiet, the landscape captivates.

Here's the trailhead and mile one and two benches, all before you head up. It's also a Nature Preserve with more than 30 unique species there, and including Big horn sheep, mule deer,  and more. I saw only deer and coyote scat and meadowlarks and ravens. 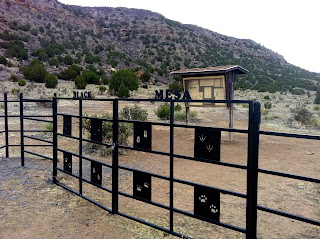 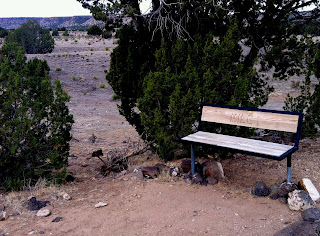 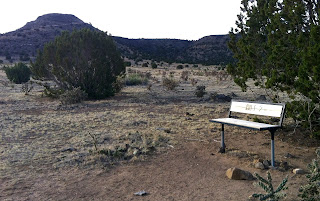 This is where you turn toward the climbing at last. Ahead, the mesa towers about 1,000 feet above you. 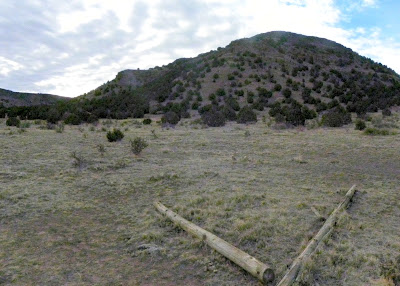 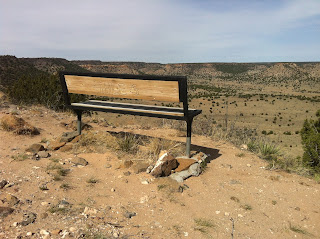 After you start climbing, you reach the third mile bench, overlooking the edge, about 1/2 the way up. Above you, it looks daunting. 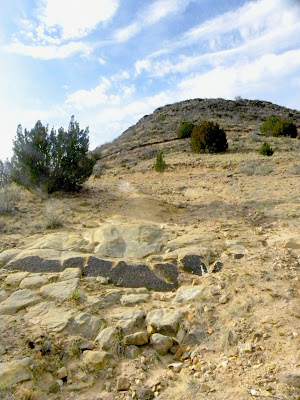 Behind you, you can see where you've been, including the trail you took to get here from bench two. 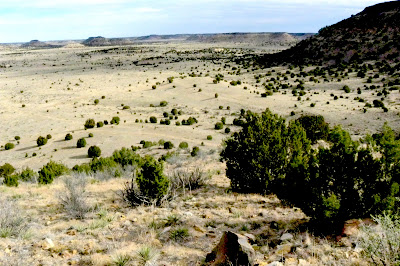 You stop to get your breath, and drink water. It get steeper. You notice the eroded sandstone that makes walking tricky and the lava at the rim, that vies the mesa its name. 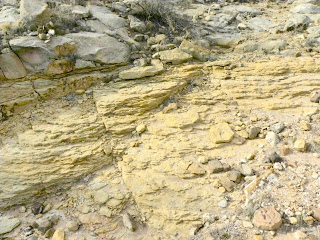 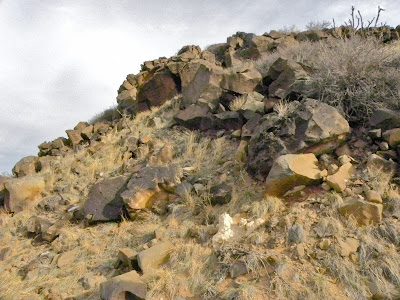 Ahead is the rim, and then the last leg to the top. 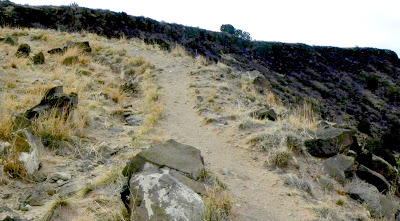 Once on top, it's level going for another distance. Finally you can see  the granite marker ahead, and then a sign.

Then you get to the marker, the highest point in Oklahoma. You sit down on a bench, thanks to a Boy Scout group, and look and wonder at the end of the Great Plains and beginning of the mountain West.
Next chapter, on the top of Oklahoma.