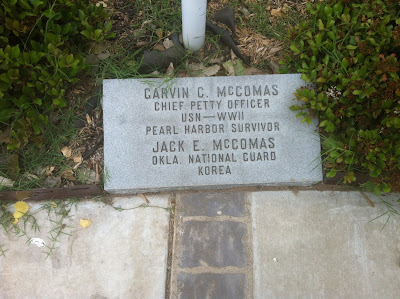 People who attack this country have no concept of how big it is, and even though diverse, so much American. You can't defeat this country by bombing Pearl Harbor, or attacking the World Trade Centers. America is too deep. I've seen American flags in the remotest parts of New Mexico. On 30th street in Oklahoma City, just east of Penn, there's a frame house obviously occupied by a Marine. In front flies the American flag, the Marine Flag and the POW/MIA flag. 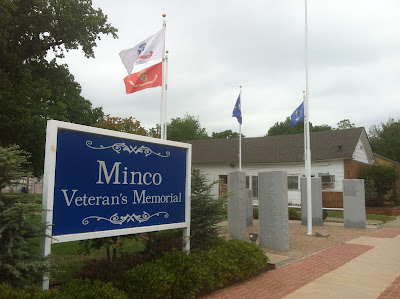 Today in Minco, I found the town's Veterans Memorial, an Oklahoma Centennial project, listing the names of all Minco area residents who have served in the military from WWI to Vietnam. The names fill the front and back of six large granite pillars. Behind the pillars fly the flags of the different branches of the military. At the bases are the names of the people, including a Pearl Harbor survivor and a Korea vet,  and companies that donated to the monument. In the middle, flies the American flag. In front of the flag are the names of those residents killed in action. 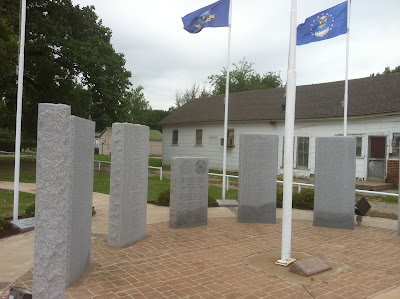 And down the street 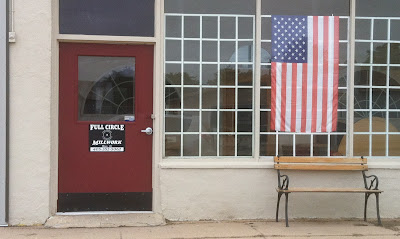