"'Blue Highways' began not with a typewriter, but with a camera.
Photos go where words cannot."
As a backroad traveler, I've been a fan of William Least Heat Moon's 1982 "Blue Highways, A Journey Into America" since it came out. He did then what all of us vagabond spirits want to do...take time off and travel and write.  He covered 13,000 miles in three months of 1978 literally going "around" America--traveling the "blue" highways--the backroads that are in blue on maps. He photographed and told the stories of the people in the out-of-way places he stopped. 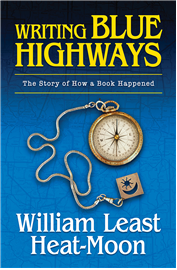 Then this past year, he wrote "Writing Blue Highways, The Story of How a Book Happened." As a traveler and a writer and a student of writing and writers, fascinated by how writers write, I had to read it, finishing turning its 164 pages this month.
Good books provoke more stories, and there are many too tell here, for travelers, and writers, and readers.
This is not a book about how to write, though he tells how he agonized and labored to write it, and suffered innumerable rejections. It, like his other books, is really a story about journeys.
"Blue Highways" is the shortest of his several books in the past 30 years, and the only one I've read through is "Roads to Quoz," about more back roads and discoveries. His thick "PrairyErth--A Deep Map," about a rural county in Kansas, is the kind of book I'd like to write, but I only got have -way through it. Another thick one, "RiverHorse," about taking a boat across America,  just didn't click with me. He's written others, all about traveling.
I first learned of this new book when I saw something on Facebook where he was reading from it at a library in Columbia, Missouri, where he lives. The library was just two blocks from where my son Derrick, his wife Naomi and their children lived at the time. Wish I could have been there.
What impressed me much about his writing is that his first draft was written with pencil on paper, and his comments about that excruciating process fell in with many of my thoughts. And they give me ammunition  and information for when I teach non-fiction writing.
You will learn much here, including how the author went from William Trogden to his Osage name, Least Heat Moon.
Then there's his robust vocabulary, not used to impress, but to use precisely the right word.  His comments on writing, editing and teaching add more stories.
He's extremely quotable, his writing full of fresh imagery, and the book also has photographs and philosophy throughout. "Blue Highways" began after a divorce and his being fired from a teaching job. Then after the three-month journey around the country, it took him another almost four years of writing and rejections to get published. So this new book was a must read, a story about stories and travels. To whet your appetite,  the next post will feature some of his words and phrases. 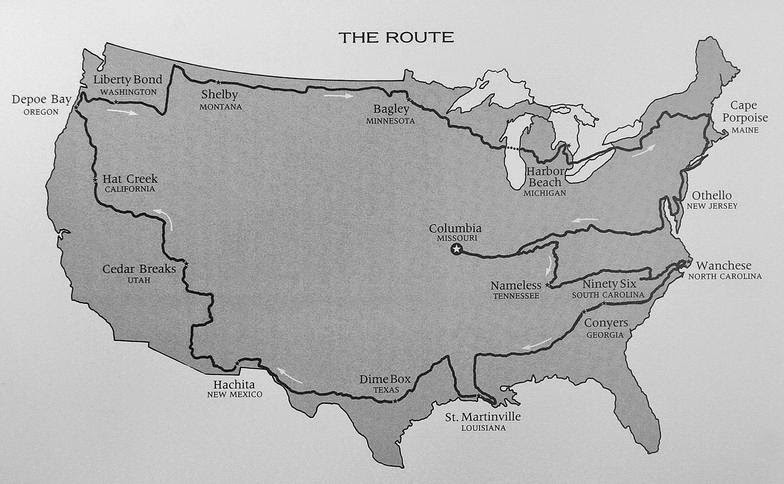