A party for important friends 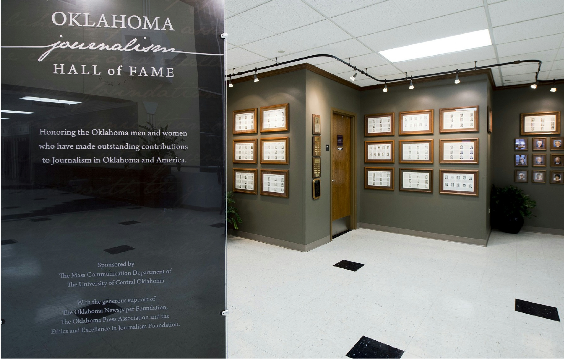 "You know how to throw a party," said  a friend and journalist to me yesterday." He was one of  250 people who attended  the 45th anniversary of the Oklahoma Journalism Hall of Fame yesterday, held on the campus of the University of Central Oklahoma.
It's a homecoming, a reunion, as many members of the hall gather to visit and be recognized. It has grown through the years, and it's been my privilege for 17 years to coordinate it. Another friend told me earlier about my job--"Tough job. you get to throw a party for your friends once a year."
Yep. The pleasure is in knowing so many of these journalists in many fields, all across the state who are so crucial to our state. Each year I get to meet new ones. It's been my priority, with the help of a selection committee, to increase the number of women and people of color represented throughout these years.
Understandably when the hall of founded back in 1971, most journalists were white guys, but it changed rapidly since then. My goal has been to honor those people who give their lives in the trenches of every day journalism...many of whom are well-known in small towns as well as the cities.
So it is with the 12 inducted this year--the most we've ever done. We now have 410 members and you can read the bios on them on our website: okjournalism.uco.edu
Honorees are Julie DelCour of the Tulsa World,  James O. Goodwin and the late E.L. “Ed” Goodwin of the historic Oklahoma Eagle in Tulsa, Ron Hagler of CBS, the late John and Tinker Hruby of the Marlow Review and Comanche County Chronicle, Rose Lane of OKC Friday, Patrick B. McGuigan of The City Sentinel and CapitolBeatOK.com, Gary Reid of the Kingfisher Times & Free Press, Jenifer Reynolds of Discover Oklahoma, Judy Gibbs Robinson of The OU Oklahoma Daily, and Robby Trammell of The Oklahoman. 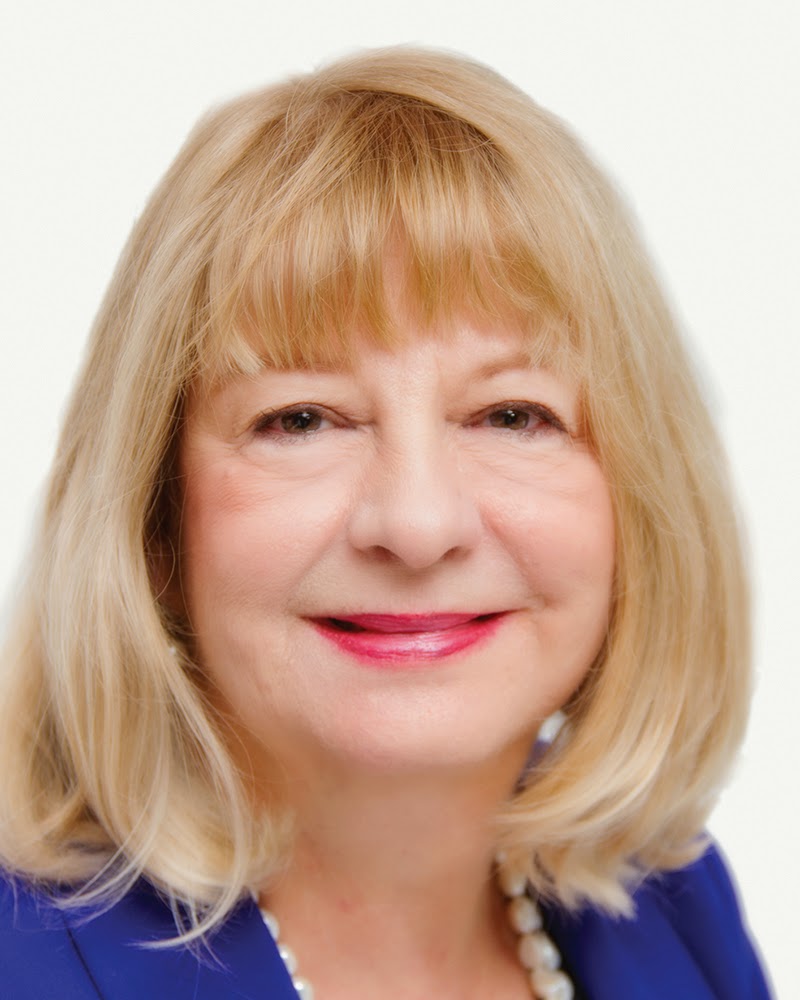 Julie DelCour (1951- ) came to Oklahoma in 1977 after graduating from the University of Missouri and working four years at Springfield newspapers. She has covered higher education, county and city government, state and federal courts. Her coverage of the Oklahoma City bombing investigation and trials earned national attention, and Newsmaker of the Year from the Association of Women in Communications. After joining the Editorial Board in 1998, she was part of an editorial team honored by APONE for work leading to a buyout of endangered residents in the Tar Creek superfund site. In 2014, the Tulsa YWCA named her one of 100 Women With Moxie on its 100th birthday. 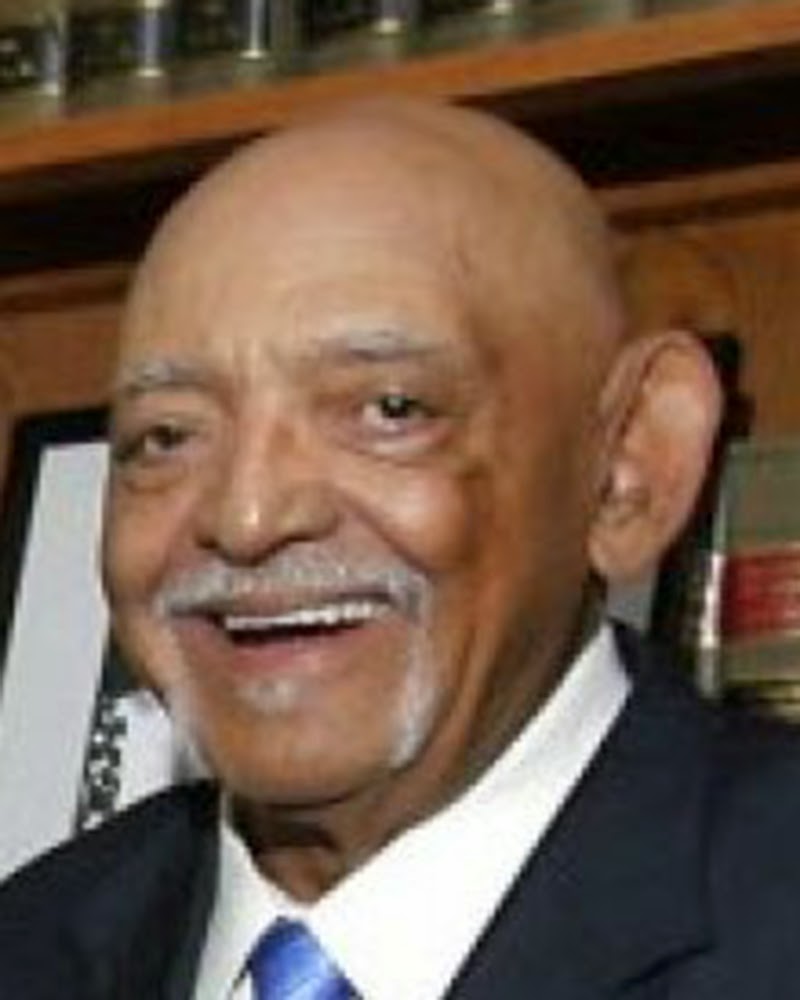 Edward L. “Ed” Goodwin, Jr. (1935-2014),  editor and  publisher of the historic Oklahoma Eagle in Tulsa, began working in his father’s paper as a paper carrier. He earned a journalism degree from Pittsburg State University in Kansas, and worked at other newspapers in Tulsa and Kansas City.  “Born with a torch in his hand and heart,”  he was active in the civil rights movement in the 1950s and 1960s. Well known for efforts in preserving and promotion of the historic Greenwood District, he spent tireless hours fighting for just causes. He was a pillar in the North Tulsa community, putting himself on the front line for economic, political, and social justice in the city. 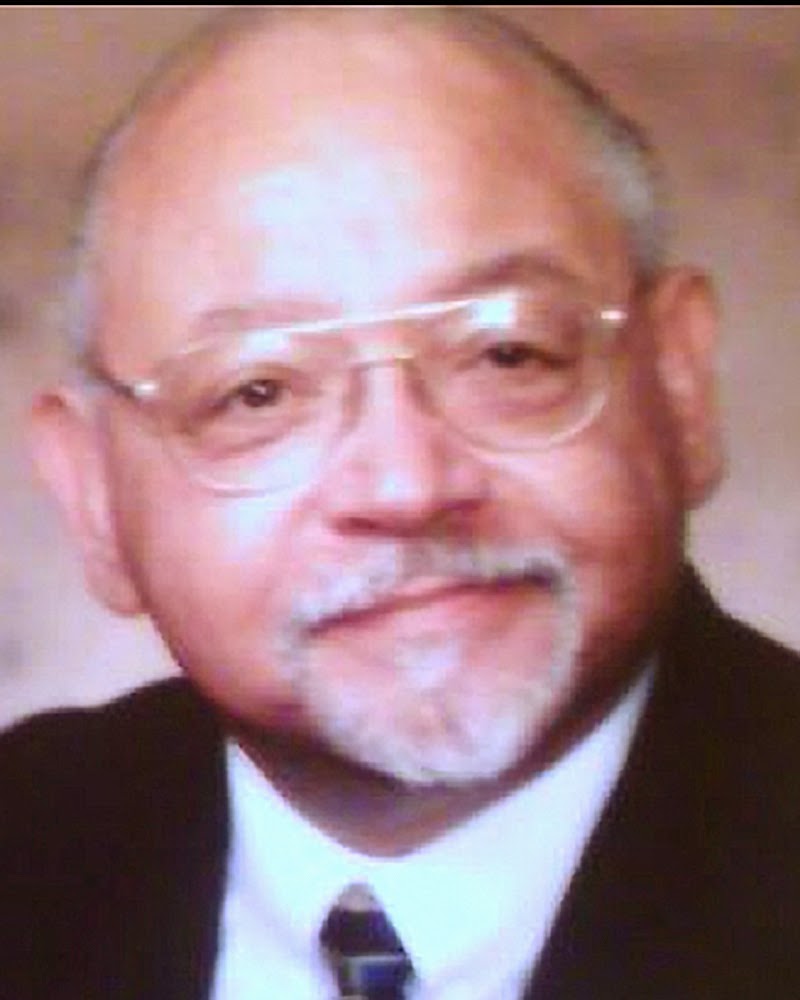 James O. Goodwin (1939-  ),  publisher and editor of the  historic Oklahoma Eagle since 1979, and attorney at law, serves on a multitude of civic boards and a recipient of a multitude of awards, including Tulsa Press Club Print Icon Award and  The University of Tulsa College of Law Hall of Fame. In 2003, he received the Lifetime Excellence Award with the East Regional Health Center in Tulsa renamed The James O. Goodwin Health Center. A graduate of the University of Tulsa and  Notre Dame, he successfully challenged before the U. S. Supreme Court the constitutionality of a state statute and before the Oklahoma Court of Criminal Appeals the constitutionality of a Tulsa city ordinance prohibiting freedom of speech and was co-counsel in the matter of reparation for victims of the 1921 Tulsa race riot. 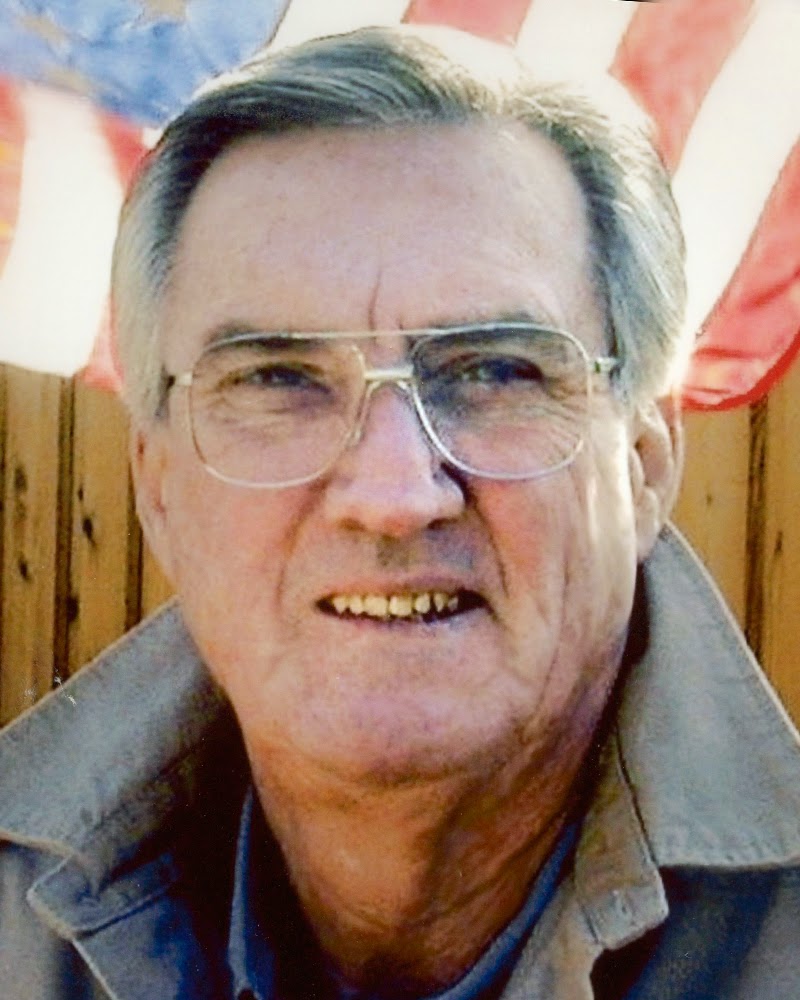 Ron Hagler (1940- ) began his career as news film cameraman at KSWO-TV in Lawton during his senior year. He was chief photographer for KOTV in Tulsa from 1963 to 1967. He was co-owner of Hagler-Callaway Productions for 17 years, producing commercial and industrial films which won numerous ADDY and National awards. In 1983 he joined CBS as a freelance technician out of the Dallas Bureau. For 23 years, he covered major news events around the world, including the Oklahoma City bombing, and was part of an Emmy award winning team covering the Mexico City earthquake in 1985. 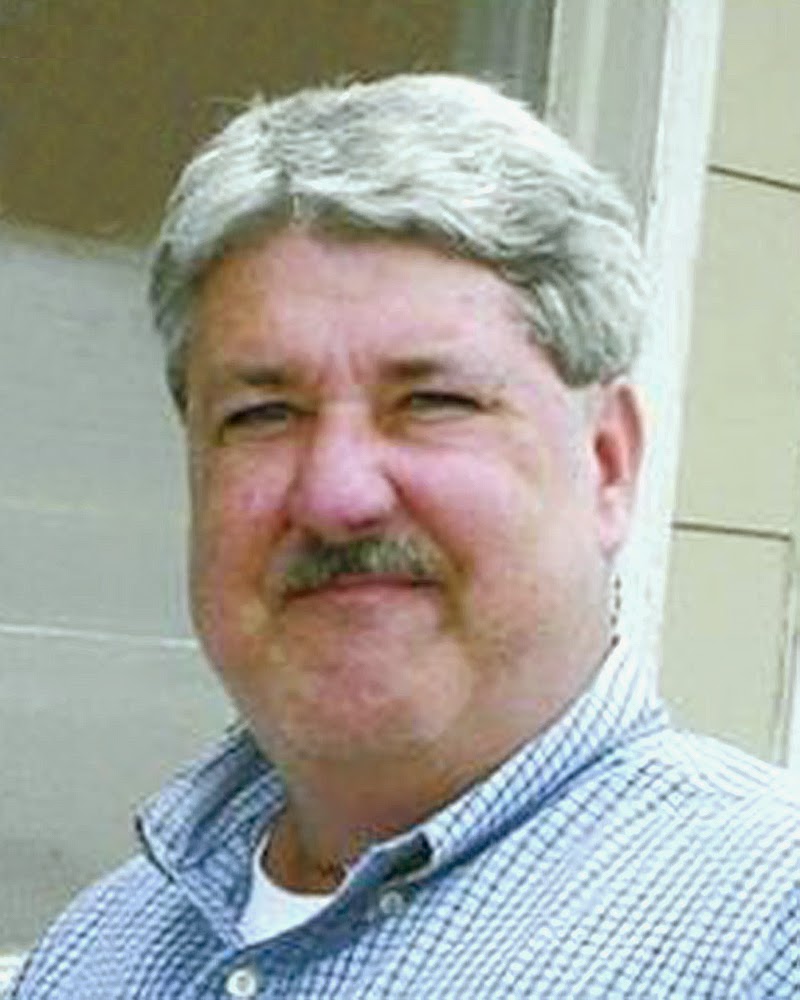 John A. Hruby,  (1964-2014),  co-publisher of the Marlow Review and Comanche County Chronicle, was a third-generation Oklahoma journalist, following his father Al Hruby and grandfather Harrington Wimberly. He graduated from Duncan High School, from Schreiner University in Texas and OU with an MBA. He became publisher of the Duncan Banner in 1997 when his father retired.  John bought the Review in 2007, and was active in the Oklahoma Press Association. He was vice president of the Oklahoma Newspaper Foundation's board of trustees. An Eagle Scout, he worked with the Boy and Cub Scouts. A homicide victim along with his wife and daughter Katherine, he is remembered for being active in both Marlow and Duncan. 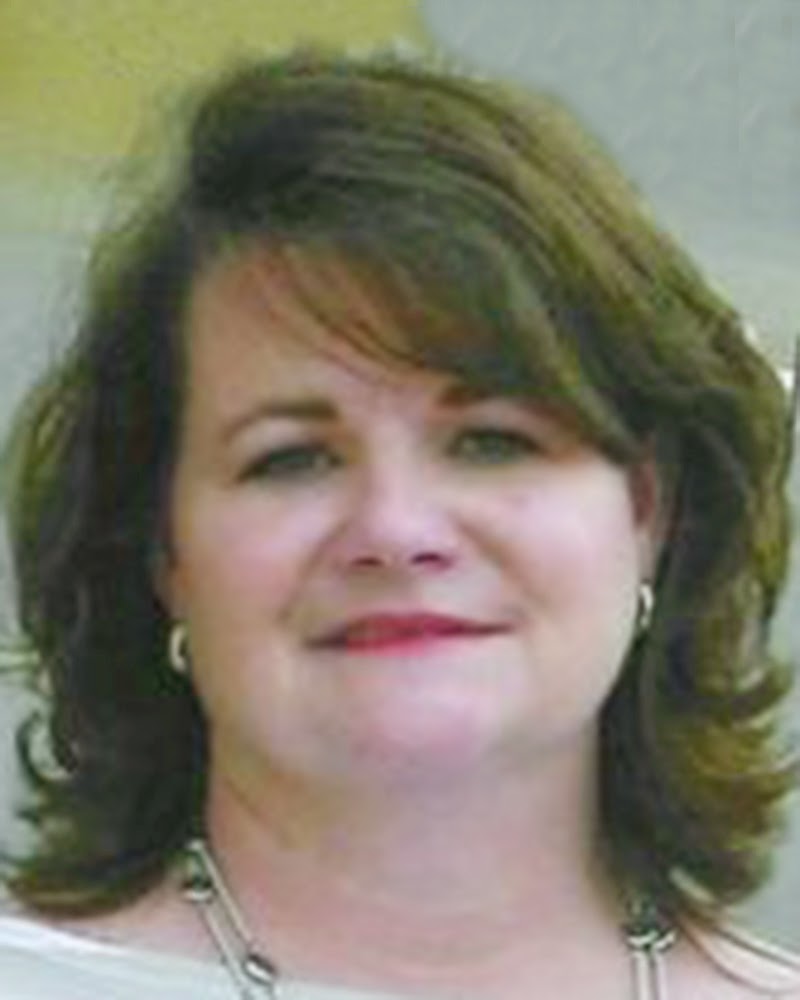 Joy “Tinker” Hruby (1966-2014), co-publisher of the Marlow Review and co-owner of the Comanche County Chronicle, was born in Kerrville, Texas. She and John Hruby were married there in 1989. She earned degrees from Schreiner University and an education degree from Cameron University. She taught second grade in Duncan and also worked in real estate, banking and as a private investigator. A Girl Scout, she was a scout leader,  a member of the Jaycee Janes, and supported the Stephens County Humane Society. A homicide victim along with her husband and daughter Katherine, she worked with her husband to produce a quality newspaper and was active in both Marlow and Duncan. 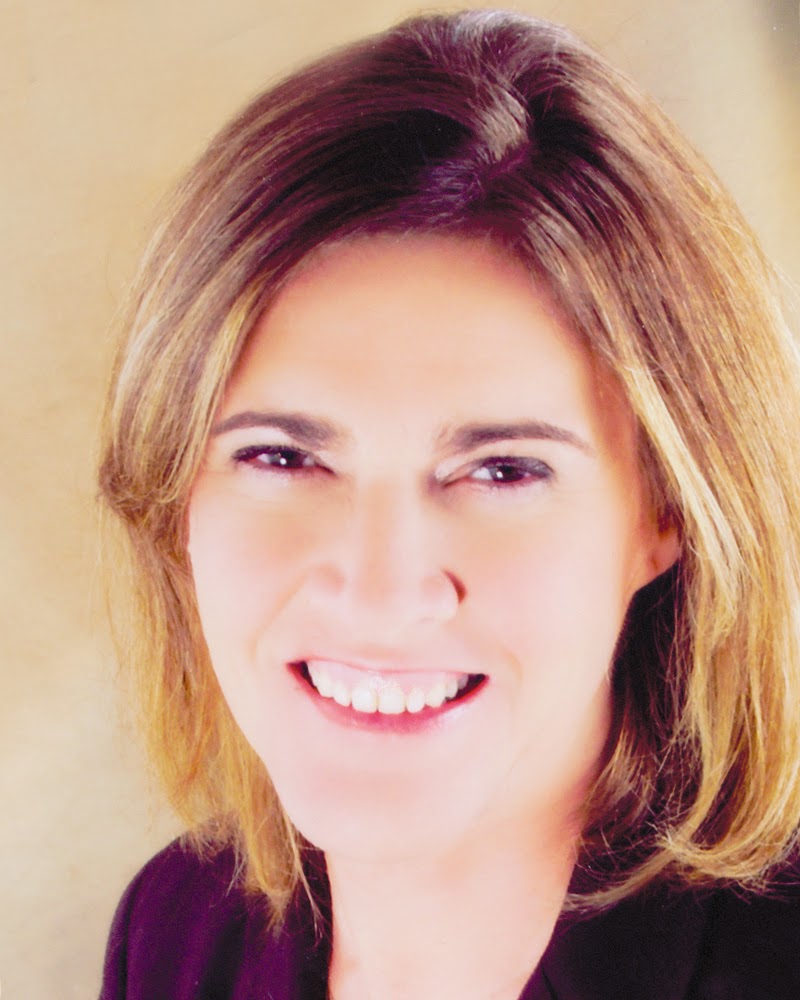 Rose Lane (1962- ), managing editor, general manager and deputy publisher of OKC Friday, started there in 2002 as News and Society  editor. She earned a bachelor's degree  from Truman State University in Missouri in 1984. She was assistant news director for KRMS/KYLC radio in Osage Beach, Mo. in 1985-86 before joining  the daily Reveille/ Lake Sun Leader  as reporter. In 15 years she served as associate editor and special sections editor. In 1996, she helped start the weekly, Lake Week. In 1998 she became editor and sales executive for  Vacation News. She's worked with the Oklahoma Press Association; awards include  the OPA’s Quarter Century Club. 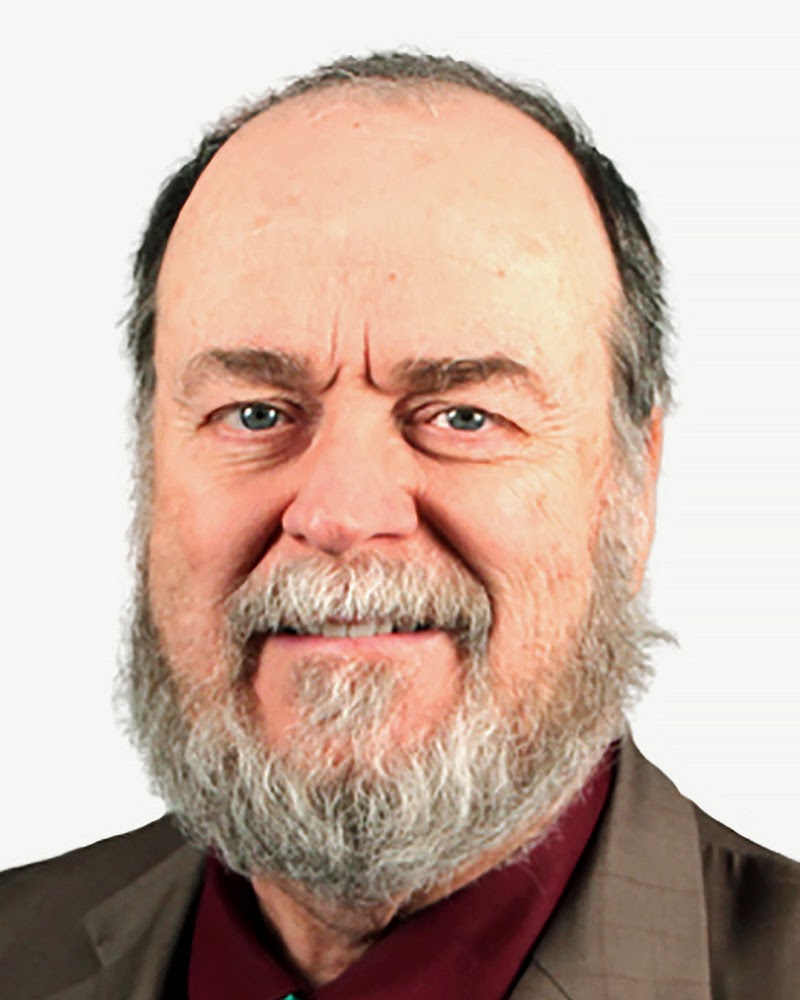 Patrick B. McGuigan (1954- ) covered sports for the Bishop McGuinness High School newspaper, and wrote for The O’Collegian when earning  bachelor’s and master’s degrees at OSU. He is editor and publisher of The City Sentinel, and in 2009 founded CapitolBeatOK.com, an online news service. He writes for Perspective Magazine, the OCPA publication. He was editor of The Initiative and Referendum Report in Washington for 10 years and in 1988 was elected to the National Press Club. He directed The Oklahoman  editorial page from 1990-2002. McGuigan is state secretary-treasurer for SPJ, a member of the OKC Gridiron Club, and has written three books and edited seven. 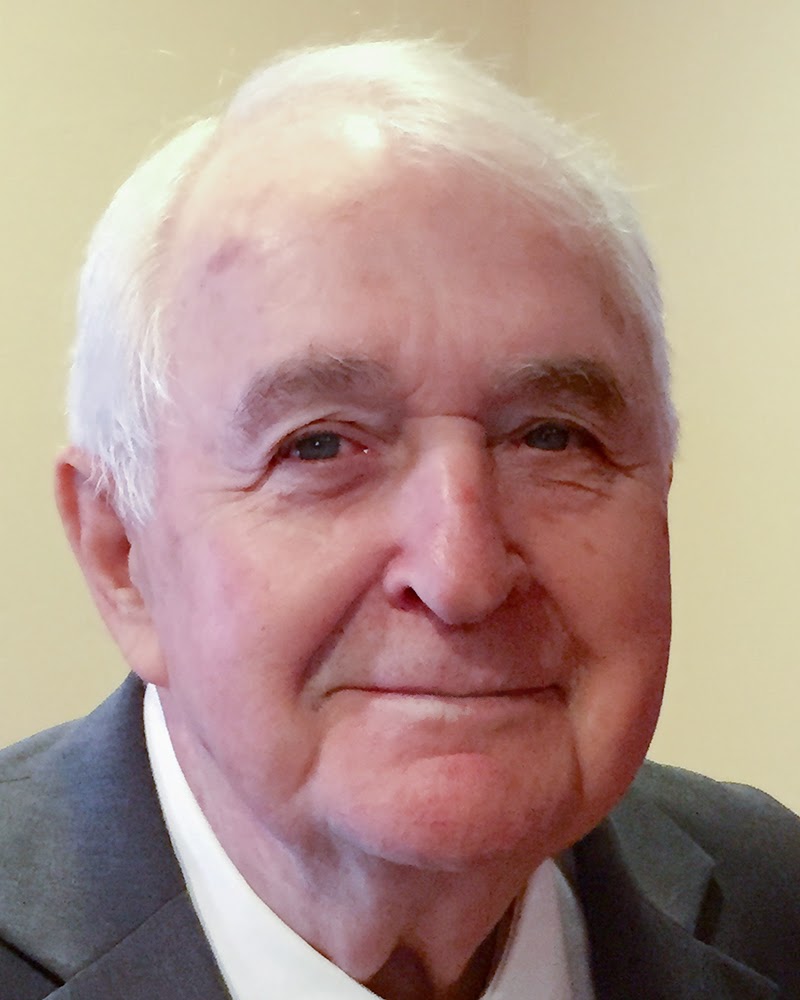 Gary Reid (1936- ), publisher emeritus of the Kingfisher Times & Free Press, is an Altus native and graduated from OSU. His first newspaper job was working for his brother, Ken, and Ed Burchfiel at the Pauls Valley Daily Democrat. He was editor of the Wewoka Daily News before buying the Hollis News. In 1979 he purchased Kingfisher and still works full time, writing his column, View from Behind the Plow. A  staunch defender of the public’s right to know, he fought against a corrupt city administration, resulting in the ouster of city officials. He received the Oklahoma Press Association  Beachy Musselman Award, SPJ's First Amendment Award, and was Kingfisher Citizen of the Year, all in 2002. 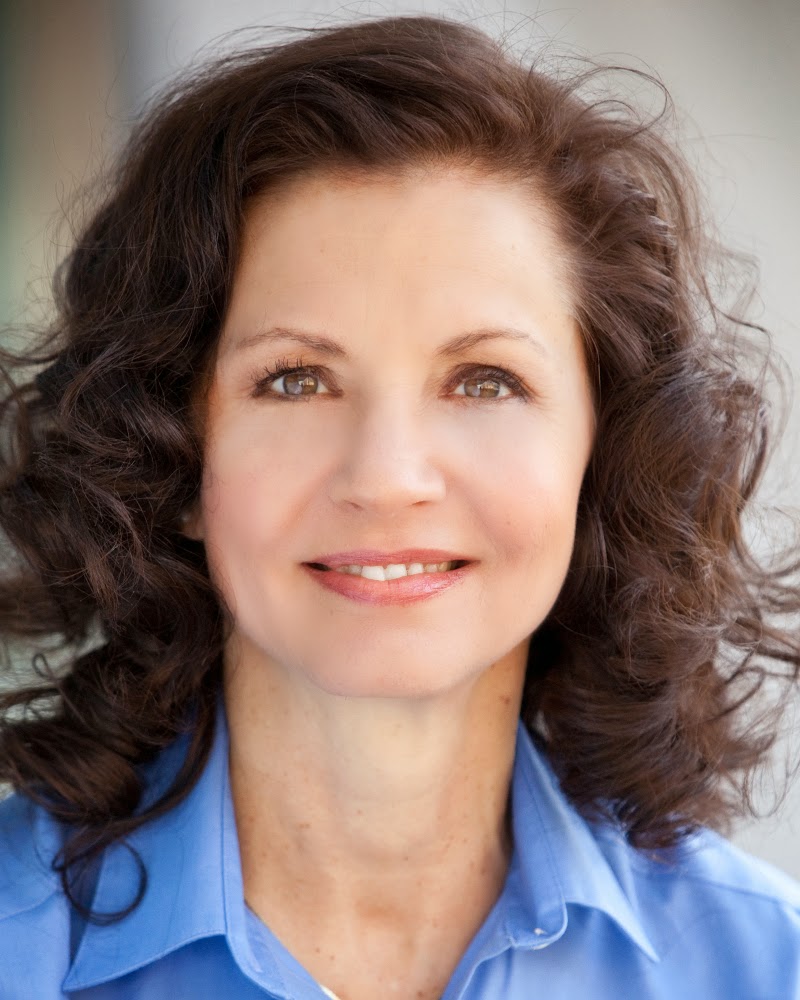 Jenifer Reynolds (1958-    ), co-host of  the television show Discover Oklahoma since 2002, was born in Miami, Oklahoma. While at Oklahoma State University, she won the DuPont-Columbia Award, the broadcast equivalent to the Pulitzer Prize. She worked six years in radio news at KOSU-FM and WKY-AM, followed by 14 years at KWTV-TV, where her reports led to reform of state charity bingo laws, management changes at the Oklahoma Highway Patrol, new EMS service in Oklahoma City, and closure of a DEA storefront selling precursor chemicals for illegal drugs. She received the Lifetime Achievement Award from the American Women in Radio and Television in 2001. 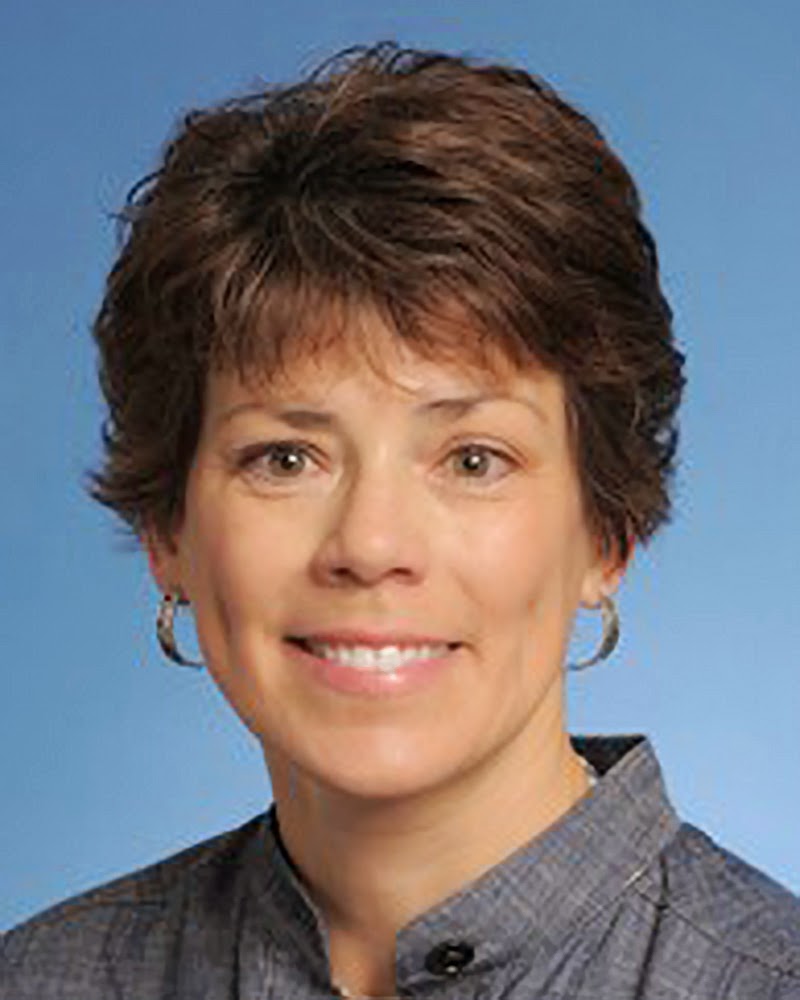 Judy Gibbs Robinson (1956- ), assistant director of Student Media and editorial adviser to The Oklahoma Daily at OU, began her career at the Columbia (Mo) Daily Tribune before joining The Associated Press, working in Utah, New York, West Virginia, Oklahoma and North Carolina. She earned a bachelor’s degree in journalism from the University of Missouri and a master’s from the OU Gaylord College. She spent four years as minority affairs reporter at The Oklahoman, returning to OU in 2007. Along with reporting and writing awards, she was named a College Media Association Honor Roll Adviser in 2012. She’s a member of CMA, the FOI-OK board and SPJ. 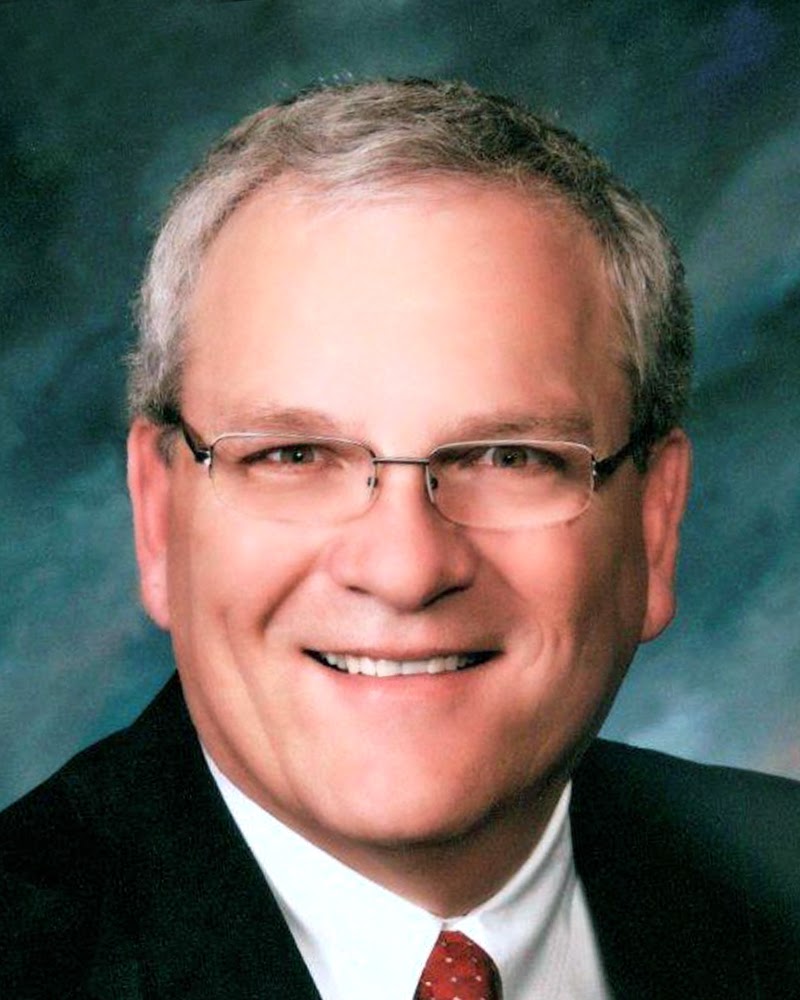 Robby Trammell (1952-   ), news director for The Oklahoman and NewsOK.com, was editor of the paper at Seminole High School paper and Seminole Junior College. Earning his bachelor’s degree at UCO, he worked full time covering Edmond for The Oklahoman. He was reporter and managing editor of the Seminole Producer for 15 years and led The Oklahoman’s Tulsa bureau in 1987-1990. As an award-winning investigative reporter, he exposed  Seminole County County commissioners bid-rigging, opening a statewide federal inquiry and public corruption scandal; the secret indictment of an Oklahoma governor; also probing the Oklahoma City bombing. He has a master’s at OU. He is on the Oklahoma Press Association board.