The pages of July 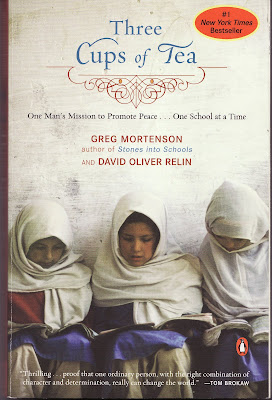 It's hard to put down
I read about this book and its influence on the American military on the front page of the NY Times Sunday. For some reason, I usually avoid books on the Mideast, but it caught my attention, and my wife Susan already had a copy.
I picked it up, and it's hard to put down.
This is the way to win wars, and it gives you a great perspective on Islamic culture and life: build schools.
Not only is it a great story of an individual American's success--a mountain climber from Montana-- in helping poor people in the remote Himalaya of northern Pakistan, it is also masterfully written, a narrative that keeps you turning the pages.
And the journalist who helped write it  has a beautiful command of the language.  Some of my underlined excerpts: