When you get off I-40, you discover real travel--slowing down, looking, thinking. First town in New Mexico after you leave The Republic is San Jon. It's not a ghost town yet, with a school and truckstops and homes, but the memories of US 66 are fading, like the signs on the buildings and the paint on the old cars and trucks.
Though I don't remember, I traveled through this town many times as a kid on the way from to and , and then driving all day in an old  Studebaker from Albuquerque as a freshman-to-be at . A fellow graduate of Highland High School was also going there, and we drove in her car, which wouldn't go more than 55 miles per hour.  I doubt we stopped in San Jon…most business was in Tucumcari, 24 miles away, and while that Quay county seat has changed with the decline of the railroad and US66 it is still  growing.
Not San Jon.  Founded in 1902, it grew after the arrival of the railroad in 1904 and was once  local commercial center and stop on US 66 until Interstate 40 bypassed it on the north in 1981 leading most of those businesses to shut down. Today, only one motel is still in operation and all of the gas stations and dining establishments are centered around the I-40 interchange on the north side of town. 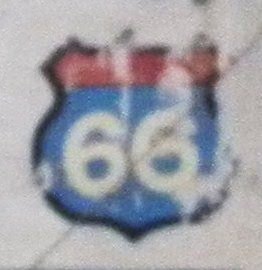