An opinionated journal and photos of UCO changes- part I

"...it looks and acts and breathes like a university."

This week marks the first spring semester in more than three decades that I've not prepared for new university classes, and the first in 28 at the University of Central Oklahoma. While I have no regrets or sadness about that, this week has reminded me of the passing of time, and the changes over the years. This will be the first of two or three posts about the changes I witnessed, beginning with the earliest.
Caveat: (I've always wanted to use that word) This is not a UCO-sanctioned official blog, history or comments. I'm retired, and the opinions and perspective are all my own. I am thankful for and proud of UCO, especially my students and colleagues, and the progress that has been made. So these comments should be taken as good- natured, but with the understanding that some of them are tinged with a journalist's humor and faculty member's viewpoint, punctuated with a few barbs. Most of the photos have no students in them, but that's when I walked around--early one morning in late May, or in December break.
Before retirement from the UCO last spring, I took a walk around campus, thinking about the passing years and the changes.
I started taking photos of all the buildings that were not there when I arrived in 1990. I couldn't take photos of the now absent gravel parking lots, or the demolished Industrial Arts Building, the old president's house, or the East dorm.
Lots of physical plant changes have happened  under the three most recent presidents. Before then, the newest buildings were 1960s era, there were gravel parking lots, no uniformity in signage, no landscaping, no maintenance budget for aging buildings. The only changes were when faculty died, or the college changed its name again. It was sometimes, justifiable called, Broncho High.
Not now--the academic quality of faculty, programs, students  and leadership is the highest it's ever been, and instead of a commuter school, it looks and acts and breathes like a university.
Perhaps the most changes were the result of former Oklahoma Governor George Nigh, who took over when Bill Lillard retired. Through Nigh's  political connections and bond issues, the campus began a transformation that continues today. Lots of academics didn't like Nigh being president but he was exactly what UCO needed to wake up from its long lethargic status quo. If you haven't been on campus in a few years, you won't recognize it.
Understand the ruling principle of all higher education.
"Turf"--At UCO   and elsewhere--space is limited, dollars are scarce, faculty positions  almost sacred, and you have to have student enrollment to justify anything. Campus politics to hold onto and increase turf--obtain space, get faculty, hold onto enrollment--has lead to cutthroat competition between departments in the past. As a new chair, I had to fight and wheedle for years for equitable resources for our students and faculty. Improvement in administration over the years has  ameliorated (another word I've always wanted to use) that quite a bit--there is much more cooperation now than when I started. But as state support shrinks as the GOP legislature deliberately works to castrate education  (What else would you call cutting UCO's state support 27 percent in the past three years?), the scramble for dollars and enrollment is still about turf--especially between different universities.
Perspective: which means that faculty and staff are indeed thankful for any new space that comes along.
Here are those improvements from the Nigh era. Most obvious to the public is the conference center and additions to the student center.
You come in off second street on Garland Godfrey Blvd, and this greets you:

I have neglected to get photos of the business building additon, which provided an auditorium and elevators to the second story. I'll post that next. I remember when Nigh was explaining his grand plan in an upstairs classroom, we had to carry our student newspaper Vista reporter Roy Howe confined to a wheelchair, up stairs so he could cover it. Roy has died since then. The memory hasn't.
The education building was the first completely new building on campus in years, housing the original departments from the school's teacher college days. It looks pretty good from here, but the hodge podge of haphazard architecture with fake Greek columns and more may make it the ugliest building in Oklahoma. But inside, it looks better, and has wonderful people and students there, who are thankful for new facilities after years of neglect. 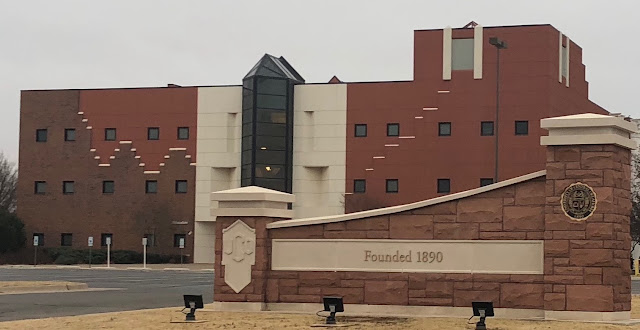 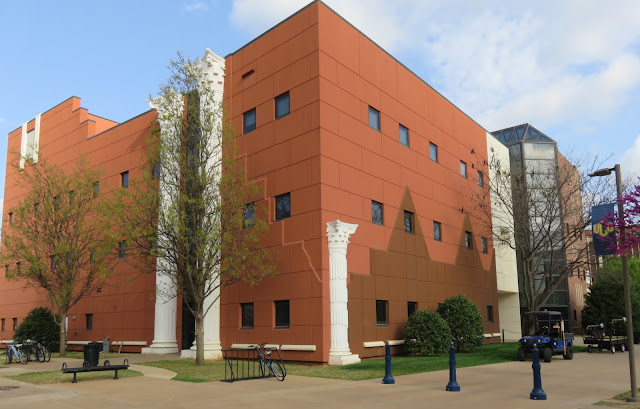 Chambers Library had space almost doubled, but the real change was inside. When I first came to UCO, we got a few dollars each year to buy books for the department. They went into dusty shelves. The addition, in spite of more fake Greek columns,  helped fuel a transformation to digital technology, modern data bases and much more. The glass atrium joins the new and old. 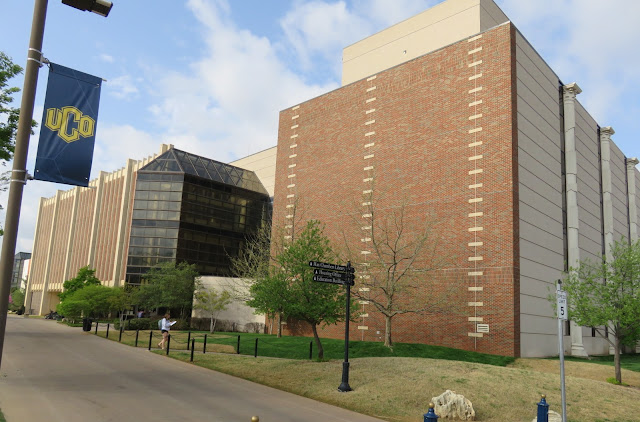 The science building was another addition, to existing Howell Hall, and provided lots of needed space, but the money spent on fake Greek columns and unfinished labs irritated faculty for years.  Notice also the up-to date signage--a product of the last few years that has made a huge difference on campus. 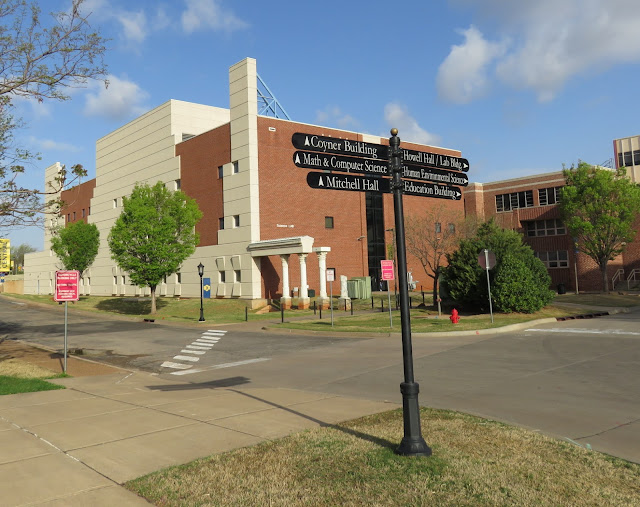 The art building had the addition of the Melton Art Gallery. 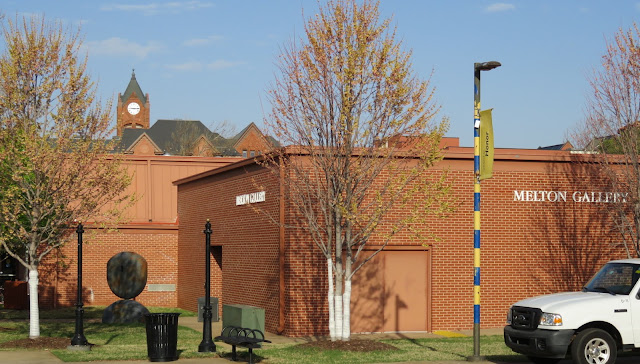 Sidewalks--To me, the most exciting time of the year is when students crowd the sidewalks during the beginning of the fall semester. There's energy and excitement and so much more. 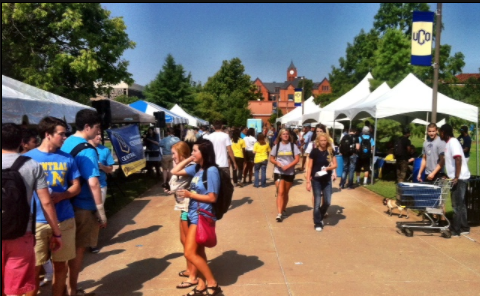 (Next, More changes you can see, and can't see)