Easter on the Appian Way 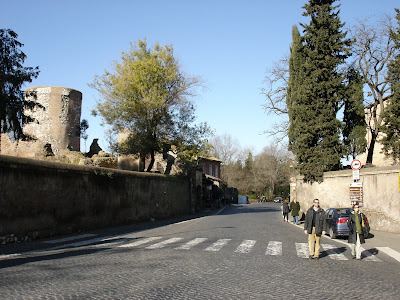 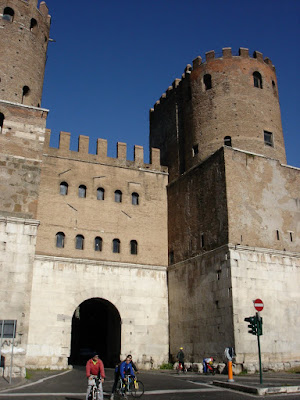 And through this gate at the south edge of Rome
He just wouldn't shut up.

The guards were tired of listening to him. He never stopped talking, rambling sentences that never seemed to end, and the topic never changed. He spoke three languages fluently, and if you tried to argue with him, his debating skills were smooth and powerful and led to more harangues.

Soon you learned to just keep your mouth shut and keep the procession moving, a step at a time, day after day.

Pity the poor soldiers who had been months with him on the ship or in house arrest. At least at the end of this road, you’d be relieved and other soldiers would be saddled with bringing him to court.

At first, he was entertaining, and interesting. He’d certainly seen much of the world, Asia Minor, Greece, troublesome Judea. But the stories soon wore off. He lived up to being a pedantic, preachy Pharisee.

He just wouldn’t shut up.

Officers joked that being handcuffed to him was not to keep him from running away, but to keep the guards from deserting their duty. 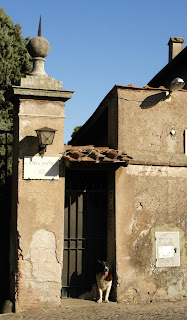 Now at long last, he walked up the ancient stone road, the Via Appia, past the tombs of the nobles, flanked by Roman soldiers.

Someone told him he ought to be ashamed, being hauled to the world’s capital city, on its main thoroughfare, in chains.

That started another sermon: “I am not ashamed of the Gospel of Christ for it is the power of God for the Jew and the Gentile,” he spouted. He was a wizened, old man with bad eyesight, but there was nothing wrong with his voice.

The trouble was he was a Roman citizen, and he had the gall to appeal to Caesar. He was proud to be “an apostle to the Gentiles,” and never missed a chance to preach, to try to convert the solders, and others throughout Italy to what he called The Way.

He obviously wasn’t afraid of death, and used the tombs along the way to keep nagging about a different kind of life. He’d cheated it many times already. Ask him and he’d tell you he’d been shipwrecked, stoned, imprisoned several times, beaten and chased by his own countrymen, almost drowned, lied about and betrayed.

They were disgusted with him, but his determination and courage astonished them too.

He was on a mission, a religious fanatic who would stop at nothing to do his job. He almost bragged that God was sending him to Rome, although both the guards and he probably knew it could cost him his head for treason and insurrection.

Instead, he was happy, smiling almost as much as the suffering guards when they approached the southern gates to the Imperial City, after years in prison, in Judea, a year-long voyage, months in Malta after shipwreck, and then up the 300-mile coast, a step and a day at a time.

He just wouldn't shut up  about the poor Jew who’d been disgracefully crucified 30 years before, whose believers were turning the Empire upside down. He acted as though that troublemaker was still alive.

Dare to warn him of the consequences of continually running off his mouth, and it only ignited another sermon.

He preached on, unfazed, unashamed, unafraid. On the way into town, he passed the Roman Forum, Agrippa’s Pantheon, the temples, even the Coliseum where some of his ilk were murdered.

Other soldiers were stuck with him as he spent two years in house arrest awaiting Caesar’s pleasure. He preached like he wrote, long rambling sentences filled with passion.
He left Rome and then came back, and there, the guards probably joked, the guy who figuratively lost his head over religion, literally did also.

They didn’t get it. They couldn’t grasp what drove him. But he knew what was important.

Facing death years before, he argued with and assured his fellow believers of what he considered “most important”: “If Christ is not raised, your faith if futile; you are still in your sins…. But Christ has indeed been raised from the dead…. I want to know Christ and the power of his resurrection…. Death has been swallowed up in victory.”

This Easter Sunday, when the sun comes up in Judea, and Rome and across the world, remember the Apostle Paul and his words of encouragement to the followers of that Hebrew who preached not a politically motivated intolerance; not fancy, fake, money-grubbing religion, but simplicity and sincerity; not hate, but love, caring for poor people, not prosperity and materialism; not damnation, but forgiveness; not death, but resurrection and life.

***
Writer’s note: I walked the Appia Antica, on a Sunday morning, crossing the same stones Paul trudged up, flanked by those suffering guards, and through the gate to Imperial Rome. Paul isn’t dead either.
***
Facts and Scriptures come from the New International Version of Luke’s history (Acts), and Paul’s letters to disciples in Rome, Corinth, and Philippi.