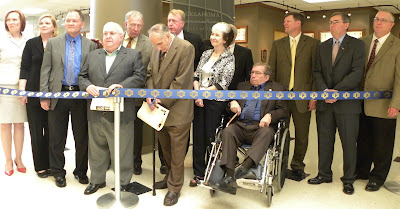 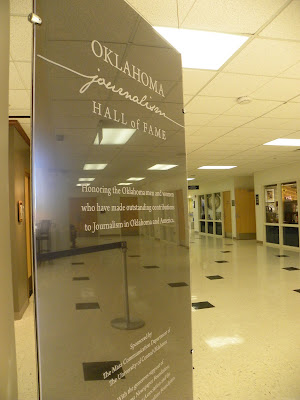 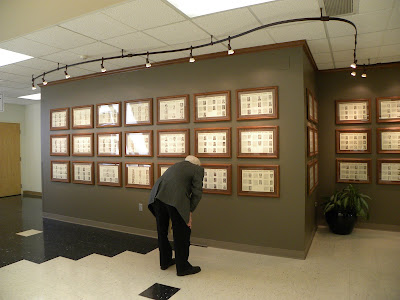 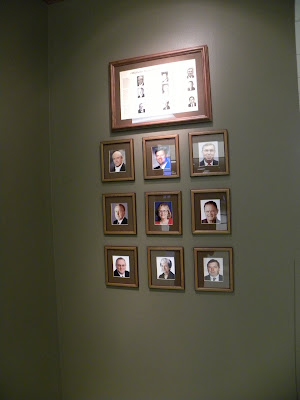 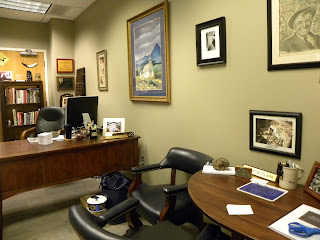 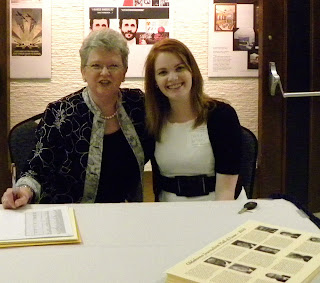 Two of my favorite people. Sherry Sump, friend, right arm, and queen bee of the old Journalism Department who is retiring in June; and Laura Hoffert, journalism senior, going to work for the Stillwater NewsPress in a few weeks, who says, "I bleed ink." Both are mouthy. 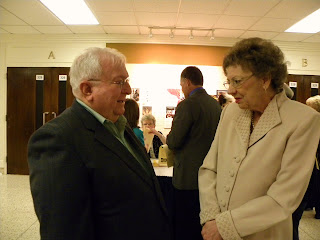 Dennie Hall and my friend and hall of fame member M.J. VanDeventer chat.