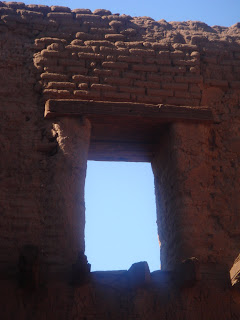 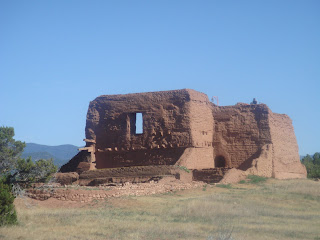 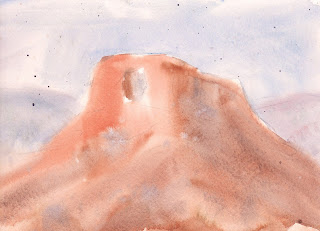 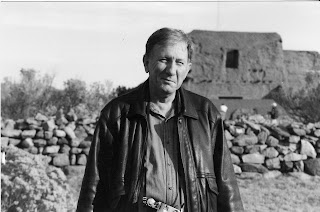 
There are places of power in the world, the kind of power that man doesn't always understand, but can sometimes sense. Jerusalem. Mecca. Everest. The four sacred peaks of the Navajo. Machu Picchu. Some become religious. Others seem to focus power and influence from beyond what we consider reality. One such place to me is the ruin of the old Spanish mission and the pueblo at Pecos in New Mexico.

I've never been able to paint it the way I feel it, despite many attempts. All too realistic for the forces of earth and sky and history converging there. Perhaps this watercolor gets close. It rises up out of the earth and the remains of the bell window are a portal unto some other world.